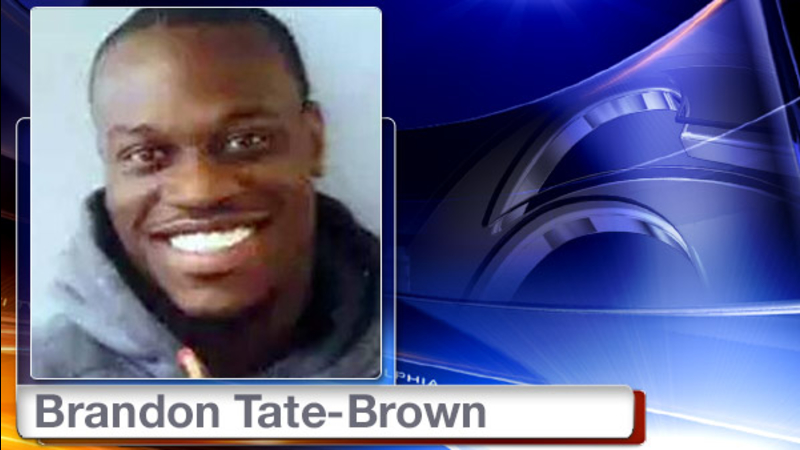 MAYFAIR (WPVI) -- The mother of a motorist shot and killed by police says in a lawsuit filed Tuesday that officers planted evidence to make it seem as though he was reaching for a gun.

District Attorney Seth Williams declined to charge the officers in Tate-Brown's death, saying the evidence, including surveillance video, corroborated the officers' story that he was reaching into his car for a loaded pistol when an officer shot and killed him.

Tate-Brown's family says they were shown video the police haven't released that tells a different story.

The family's attorney, Brian Mildenberg, described what was seen on the video, saying, "He was behind the vehicle, running across the back of the vehicle, from left to right. And when he reached the right side, the passenger side, of his brake light is where he went down and appears to have been shot - not reaching into the car."

The lawsuit, filed in Philadelphia's Court of Common Pleas, says police planted the gun later found in his car.

"The claim that Brandon Tate-Brown was reaching into the vehicle for a gun at the time he was shot is a complete fabrication on the part of the Defendant officers and the police department," the lawsuit says.

Besides seeking unspecified money damages, the lawsuit asks a judge to mandate 91 reforms suggested by the U.S. Department of Justice following a review of the city's nearly 400 officer-involved shootings since 2007. The review, completed in March, found that poor training left police with the mistaken belief that fearing for their lives alone justifies using deadly force and that the city's investigations into officer-involved shootings lacked consistency, focus and timeliness.

The family is taking the police and the city to federal court with a two part case. The first is a class action lawsuit demanding reform in the police department, and it asks for judicial oversight of the department reforms suggested by a recent federal review. The second part is for damages suffered by the family.

Tanya Brown-Dickerson said, "I do believe my son died unnecessarily. And driving while black."

The family was surrounded by clergy and community activists at a press conference Wednesday. They say they're hoping the lawsuit helps end systemic racism in the police department.

Rev. Mark Tyler from Mother Bethel A.M.E. church says, "It has been proven, most officers know if you kill somebody who's African American you will get away with it."

The family is seeking damages from the city that could reach into the millions of dollars.