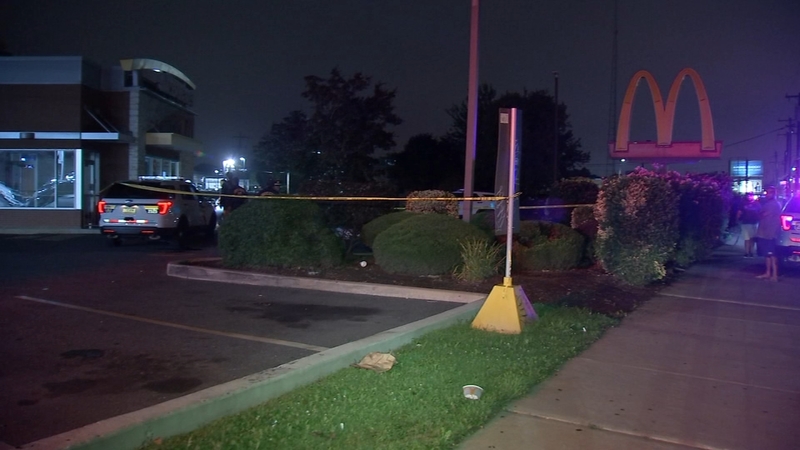 PHILADELPHIA (WPVI) -- Philadelphia police have identified the man who was found stabbed to death outside of a McDonald's drive-thru window.

It happened around 10 p.m. Tuesday at Torresdale and Erie avenues in Frankford.

Police officers responded to the scene after receiving multiple 911 calls of a stabbing.

They found 30-year-old Matthew Maguire, from the 2100 block of Orthodox Street, lying outside the drive-thru window. He had been stabbed in the shoulder, neck and multiple times in the back.

"The officers, when they first arrived on location, (found) this male lying down on his back unresponsive, bleeding heavily and he was clutching several dollar bills in his hand," Philadelphia Chief Inspector Scott Small said.

Maguire was pronounced dead at the scene.

"According to the 911 call, the perpetrators may be a male and a female that were carrying a dog. That's the only information we have," Small said.

Homicide detectives are working to determine a motive for the stabbing.

Police say several people were taken into custody for further investigation. However, no one has been charged so far.

Police are reviewing surveillance video from the McDonald's and other area businesses.

Philadelphia is approaching 300 homicides with roughly 297 people killed so far this year, pushing the homicide rate to nearly 35% higher than this time last year.