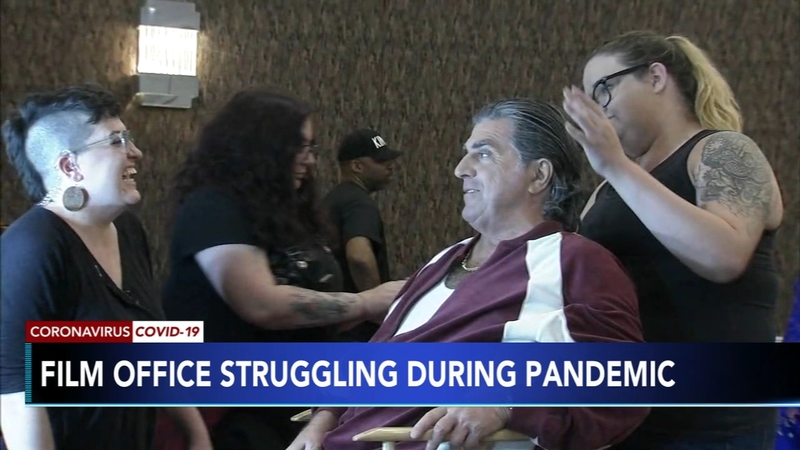 PHILADELPHIA (WPVI) -- For nearly the past three decades, the Greater Philadelphia Film Office has courted movie producers and TV studios to use all of the dynamic backdrops this area has to offer.

This hasn't just put us on the map as a major film-making destination but has proved extremely lucrative for the city, stimulating restaurants, hotels and tourism.

And, of course, job creation.

Since the start of the pandemic six months ago, the industry has been at a standstill and has lost all its government funding.

This is a major problem for the city. The film office has had a $6 billion economic impact on the city since 1992.

"We are already out of money and the fiscal year started on July 1, so to be out of money in July makes no sense at all. So we are hoping our legislators realize that the best export we have in Pennsylvania are the movies we make in Philadelphia and Pittsburgh and the rest of the state," said Sharon Pinkerson, Executive Director of the Greater Philadelphia Film Office.

There is some good news: another season of Kate Winslet's HBO series, "Mare of Easttown," and M. Night Shyamalan's Netflix series "Servant" will all resume production within the next few weeks as well as a Netflix original we aren't allowed to name yet.