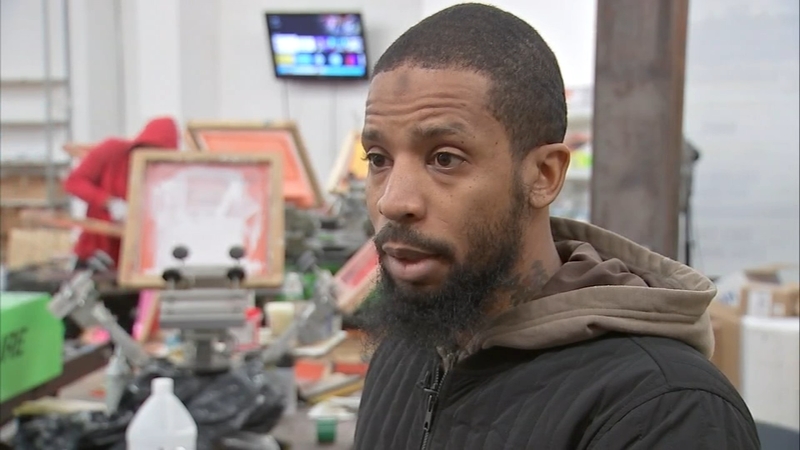 PHILADELPHIA (WPVI) -- Jammal Simmons says it's because of Philadelphia District Attorney Larry Krasner's Conviction Integrity Unit that, after nearly a decade, he is no longer serving time for a murder he didn't commit.

Krasner has expanded the Conviction Integrity Unit, which investigates claims of innocence by convicted criminals.

Simmons was freed from prison about six weeks ago after his murder conviction was overturned. He now works at his brother's screen printing shop.

"Everything seemed like it was moving kind of fast when I first came out, but it's starting to slow down for me," Simmons said.

Simmons was implicated in the murder of Rodney Barnes at 24th and Norris streets in July 2009. He says his conviction was based on a witness statement, which was coerced by detectives.

Simmons said, "The first day he was detained, he told them he didn't know anything about what happened, and they basically kept him there for more than 24 hours. He said he wasn't fed. He said it was horrible conditions he was in. He was deprived of sleep. Eventually, they made him sign a statement and identify for me for the crime."

"The Integrity Unit actually sent investigators to talk to witnesses on my case to see if it added up. And they said they believed I was innocent after they did their own investigation," said Simmons.

Soon after, he was a free man.

Now, Simmons says he looks forward to spending time with his daughter.

He's been gone for more than nine years and she just turned 12.