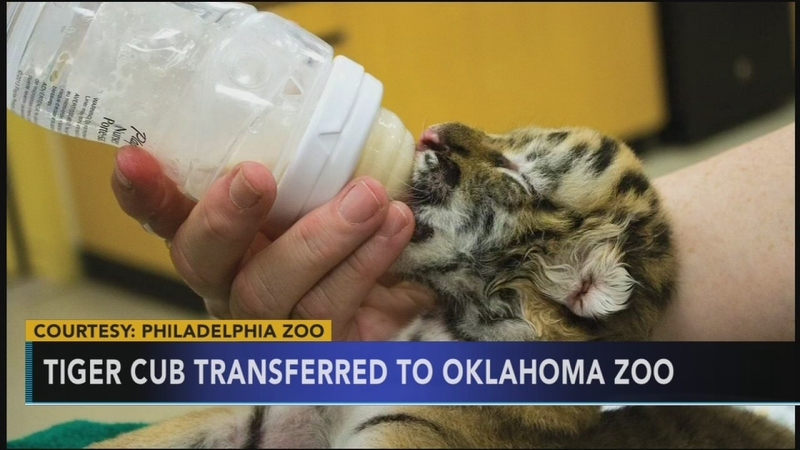 PHILADELPHIA -- A rare baby Amur tiger cub that was neglected by its mother after its birth at the Philadelphia Zoo this month is being sent to Oklahoma to integrate with a tiger cub litter there.

The Philadelphia Zoo says 10-year-old Koosaka gave birth July 10 to a litter of five cubs. Two were stillborn, and one was accidentally injured by the mother and died. The zoo says the mother never showed maternal behavior toward the remaining cubs, and they were moved to the zoo's animal hospital, where the fourth died.

The surviving cub is named Zoya, which means "life" in Russian. It's being sent to the Oklahoma City Zoo and Botanical Garden.

Amur tigers, also called Siberian tigers, are endangered in the wild. They're found in eastern Russia and northeastern China.
----------