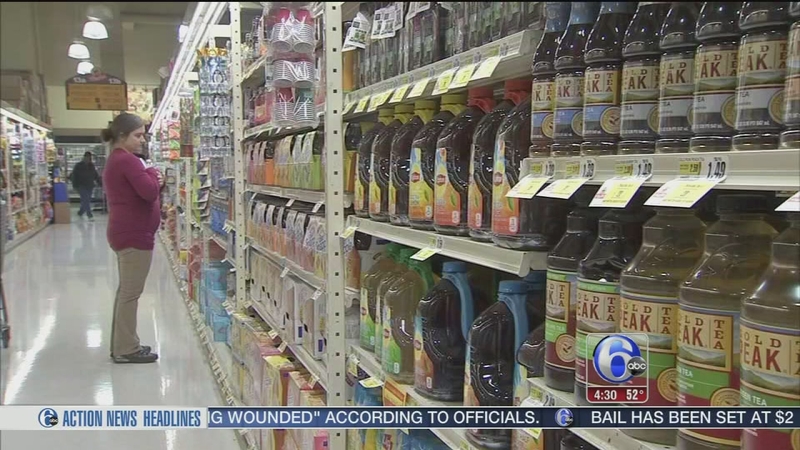 PHILADELPHIA (WPVI) -- On Day 4 of the beverage tax in Philadelphia, some would-be shoppers avoided what they normally buy.

Confusion in the grocery aisles, according to the industry group that legally challenged the tax.

Shoppers in East Falls surprised by the size of the tax. For example, a 99 cent bottle of soda.

With stores inside and outside the city, Brown's stores are among those listing the tax per item to educate shoppers.

"If you shop in our Cheltenham store that's not in the city, and it doesn't have that cost, so how else would I explain that difference in price?" said Brown.

While the city disagrees with the industry over how much, it admits some Philadelphia stores could be hurt financially. It says it has a tax credit plan that could help stores that suffer, but offer healthier beverages.