Christine Archer received a call Tuesday afternoon from a detective letting her know police have her stolen ID and credit cards.

TREDYFFRIN TWP., Pa. (WPVI) -- As the seven alleged members of the Felony Lane Gang were being arrested following a chase on the Schuylkill Expressway, a victim of theirs was learning her stolen items had been recovered.

Christine Archer received a call Tuesday afternoon from a detective letting her know police have her stolen ID and credit cards.

Last week, Archer's purse was stolen from her locked car as she stopped at her daughter's daycare.

It is a typical FLG technique.

Police say they target gyms and day cares where it's not uncommon for women to leave a purse on a car seat.

Then Chester County District Attorney Tom Hogan says female members of the crew, using wigs, will impersonate the victims at a bank.

"They will use those women to actually cash checks at the banks," Hogan said.

As for the term Felony Lane Gang, the disguised crew members often used the banks outside drive-thru lane, farthest from the teller, so as not to be seen clearly.

"That outside lane has become known to law enforcement as the felony lane," Hogan said. 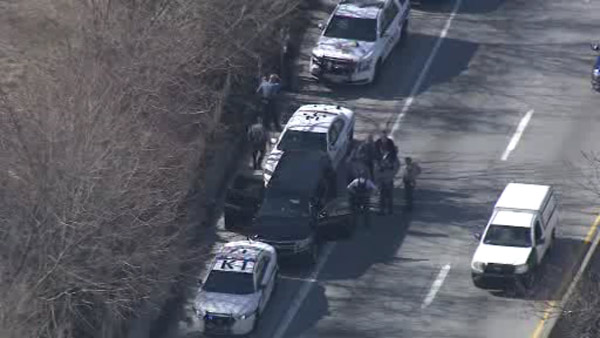 Massive rattlesnake spotted kickin' it with cat in southern Texas

The suspects have been charged with violations of the Pennsylvania Crimes Code including Aggravated Assault of a Police Officer, Fleeing or Eluding Police, Receiving Stolen Property, ID Theft, Access Device Theft and Criminal Conspiracy.

Though she alerted her bank immediately, Christine Archer learned Wednesday someone scammed her, using a stolen check from another victim.

"The check was written to me and this person used my license and said 'I would like to cash this.' So because it wasn't a withdrawal, they were able to get around the system, which I guess they are good at," Archer said.

In that particular case, they walked away with $998. The bank has assured Archer they will return that money to her account.

Police: 7 gang members in custody after chase on Schuylkill Expressway