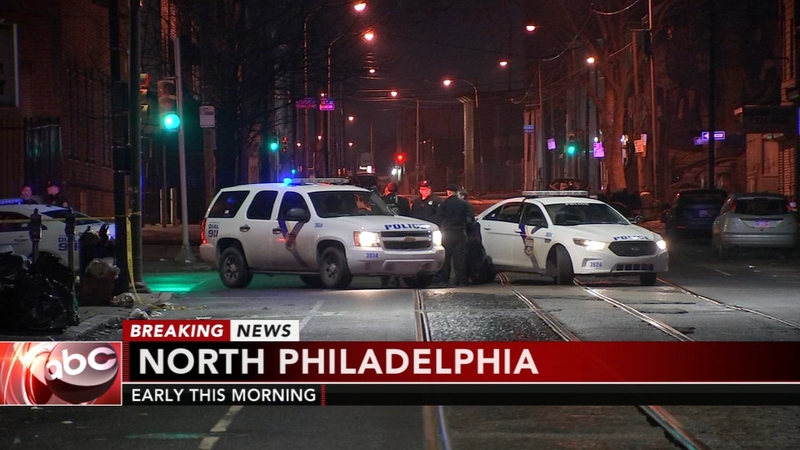 NORTH PHILADELPHIA (WPVI) -- A man who was shot several times in North Philadelphia was taken to the hospital by a driver in a U-Haul vehicle.

The shooting happened near Broad Street and Germantown Avenue around 1:30 a.m. Tuesday.

Police say a 24-year-old man got into a fight with three other men. That's when shots were fired and the victim was struck five times.

The driver of a U-Haul vehicle took the victim to Temple University Hospital where he is listed in very critical condition.

Police say they are not sure if the U-Haul driver knew the victim or was passing by and came upon the victim.

Another bullet went through the window of a Philadelphia Library branch.

Detectives say they have descriptions of the suspects, who fled the scene, because surveillance video captured the entire incident.