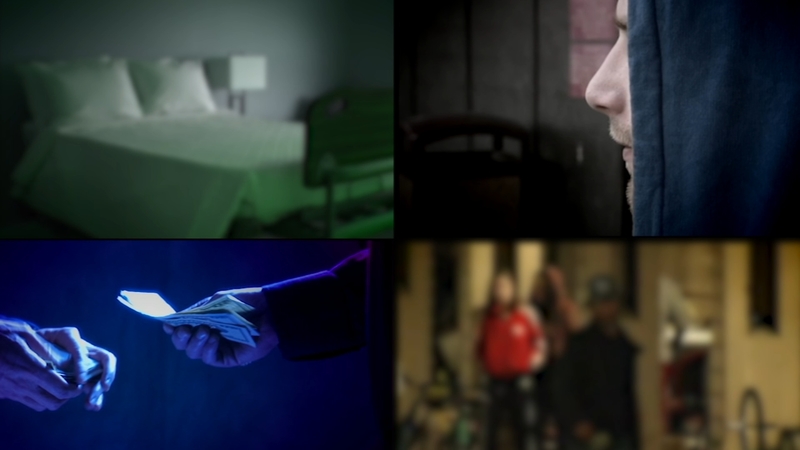 PHILADELPHIA (WPVI) -- Amid the ongoing opioid crisis comes the story of those who are recruiting and paying addicts to go to rehab.

It's called "patient brokering," and critics call it the exploitation of both addicts and the insurance industry.

Action News spoke with one young man who says he was a former broker. He asked that we conceal his identity.

"If you can get involved with it, it's a goldmine. It really is," he said.

Other names for them are "body brokers," "junkie hunters," and even "patient pimps."

This man claims at the height of his addiction, a broker paid him $2,500 to go to rehab.

"Detox was $500. If you have clean urine, you can get offered a detox pack - that's what they call it - where they will actually get you high or drunk to bring you to the facility where you can be accepted," he said.
VIDEO: Here's how patient brokering works

Hear from a former broker and an expert in the field explain what patient brokering is and how it works.

After 10 days in an in-patient facility, he says he received the remaining $2,000.

Erica Mortimer, who runs the Center for Healing outpatient facility in Ewing, New Jersey, told Action News, "It's seeping into the area, some of the patient brokering, and it is having consequences in our community."

She calls the opioid recovery industry big business, with insurance companies paying upwards of $30,000 to $40,000 a month to send addicts to rehab.
"I think the impact is more on the young people trying to stay sober, who are caught in patient brokering themselves. They will not stay sober that way," Mortimer said.

Here's how the racket generally works: Some treatment facilities hire outreach groups which hire marketers to find addicts. Insurance companies then pay the treatment facility. Money is disbursed down the chain and eventually cash in the hands of the addict.

Federal authorities have been cracking down on patient brokering, but with an epidemic underway keeping up is difficult.

"I've met people in other states where they've been in treatment consistently for 15 months straight, and they'll be in a facility for 30 days, leave the facility, use a substance with money they were paid, then jump right back into a facility. They'll literally live on that until the insurance finally cuts them off," the man we talked to said.

Patient brokering is illegal in all states. Often those engaging in the unscrupulous practice are rarely prosecuted because it is tough to prove if addicts do not come forward.