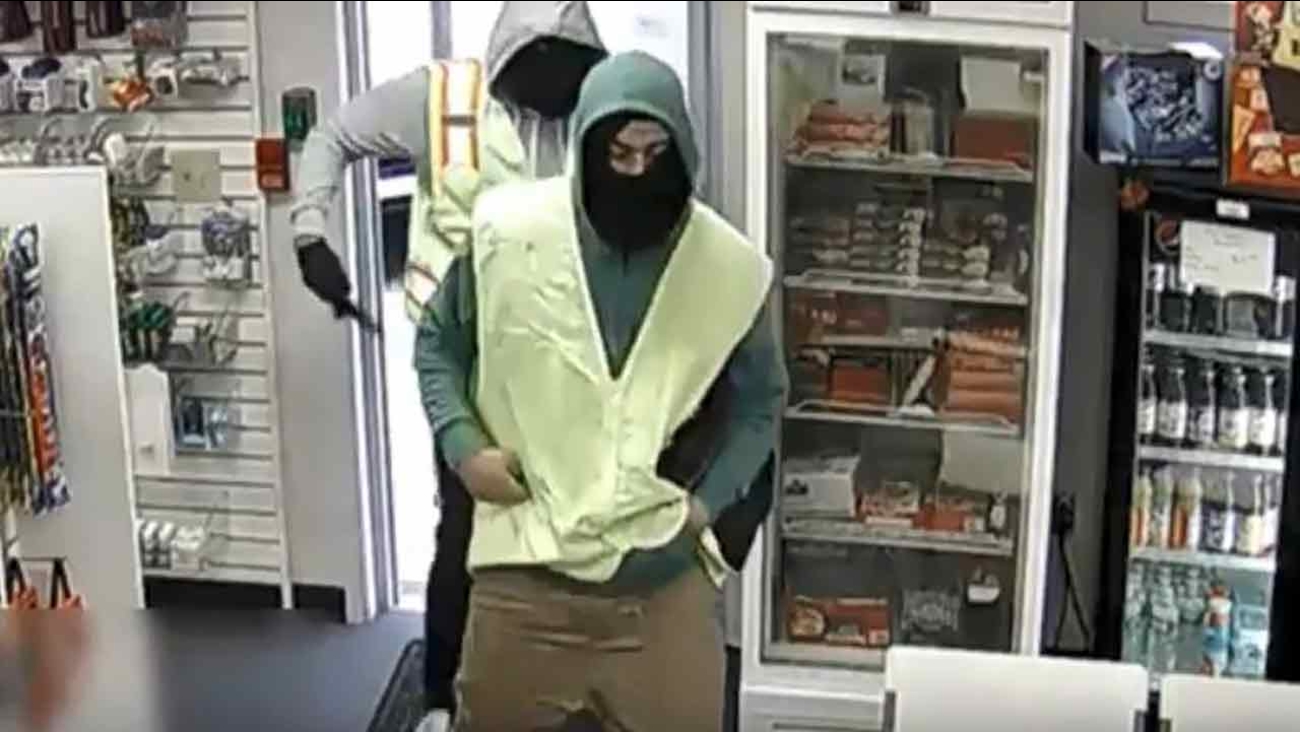 Video shows the suspects walking into the store and ordering everyone onto the ground.

One suspect then points a gun at numerous employees, asking where the narcotics are, then forcing a worker to fill a duffel bag with drugs.

The suspects then flee with the narcotics and an unknown amount of cash, running north on H Street and jumping into a silver Dodge Charger. Police say they were last seen heading west on Bristol Street.

Investigators say they were able to lift some DNA evidence from the scene.

Anyone with information about the crime or suspects is asked to contact Det. Liebsch or Det. Green from the Philadelphia Police East Detective Division: 215-686-3243/3244.