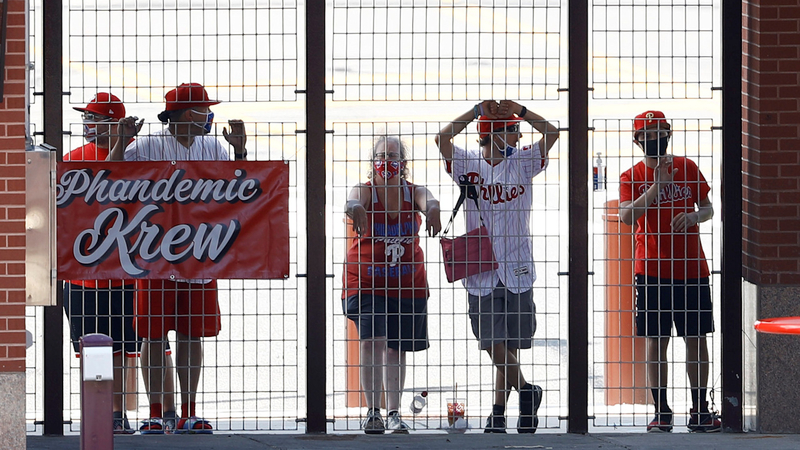 PHILADELPHIA (WPVI) -- Dedicated Phillies fans are finding ways to support their team in person even if they can't get in Citizens Bank Park and not everyone is happy about it.

One group calling themselves the "Phandemic Krew" at the gate outside the ballpark cheering every chance they get.

Bizette Gailewicz brought her son Thursday to join in the fun.

"For his birthday, we come every year to celebrate and I had to keep the tradition alive. Even though it looks different this year we still managed to see the Phanatic," Gailewicz.

The Phanatic loved the in-person interaction, cheering on the fans from the other side of the gate, but the Phils' opponents, the New York Yankees, weren't too pleased.

In the Thursday night's game, J.T. Realmuto hit a three-run homer, Hector Neris struck out Aaron Judge in a big spot and the Phillies beat the Yankees 5-4.

The loud fans who gathered beyond center field screamed "Sign J.T." after the All-Star catcher circled the bases. Realmuto can be a free agent after the season.

“It’s great! Honestly, its nice to at least hear something out there... they had the horn going pretty well tonight and I heard a few of their chants, it’s fun”@6abc pic.twitter.com/QUtM5LTyYy

"It definitely doesn't hurt. It's nice to hear something out there and hear that support," Realmuto said. "It's better to have them out there than not." 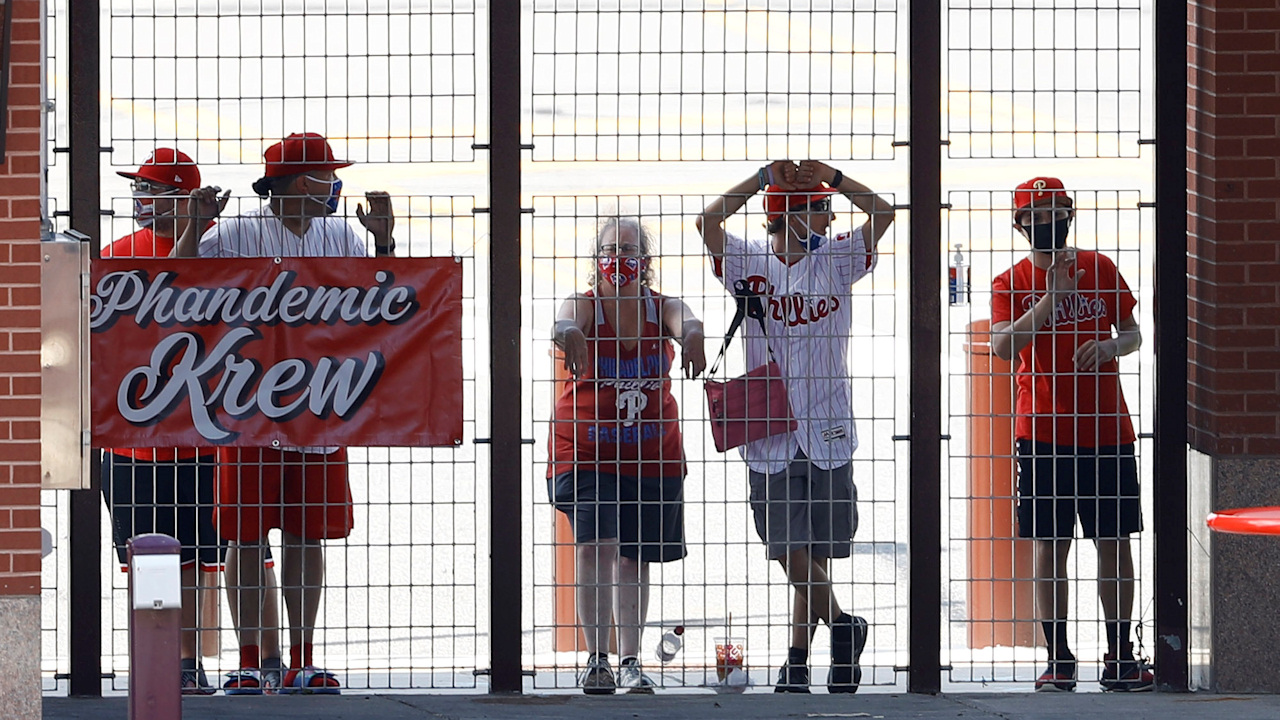 Philadelphia Phillies fans watch from an outfield gate during the first inning of the first game in doubleheader against the New York Yankees, Wednesday, Aug. 5, 2020.

The "Phandemic Krew's" name is a nod to the coronavirus pandemic that has kept fans from attending games in stadiums this season, and to Krew Harper, the son of outfielder Bryce Harper.

The group annoyed Yankees manager Aaron Boone by blowing an air horn throughout the night. He mentioned it to umpires but they couldn't prevent the fans from using it.

After the Phils' broadcast mentioned Boone's visit to the umpires, the fans began chanting Boone's name, but they did stop blowing the air horn during pitches.