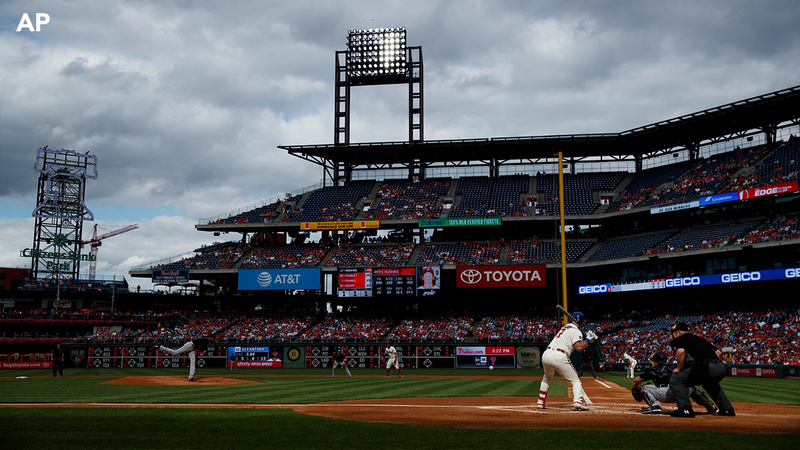 The team extended the netting for the 2016 season, looking to better protect fans from foul balls.

The team said they will extend it even more for the 2020 season.

"We can confirm that the Phillies are extending our protective netting beyond the current configuration for the 2020 season. The logistics of that extension will dictate how far the new netting will go."


It's not clear yet how far the new netting will go.

In an ESPN survey released in June, Major League Baseball fans agreed by a margin of 78 percent to 22 percent that netting is a good idea because it protects fans who often do not have enough time to react to foul balls or bats that fly into the stands.

The opponents to netting said it is a bad idea because it obstructs fans' views, and because fans know and understand the risks of getting hit.

The survey was commissioned after an incident May 29 in Houston in which a 4-year-old girl was injured when she was struck by a foul ball off the bat of Cubs outfielder Albert Almora Jr. during a game between the Chicago White Sox and the Houston Astros.

Since 1913, every ticket to a major league game has included a disclaimer called the ""Baseball Rule" saying the holder of the ticket assumes all the risks inherent to the game.
--------