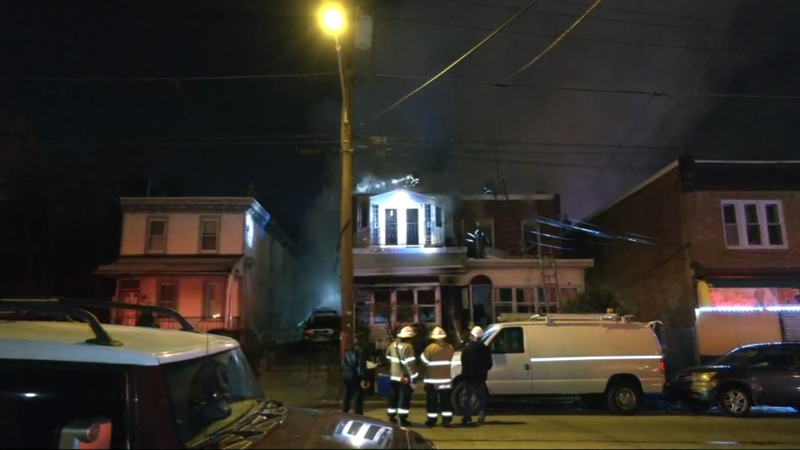 PHILADELPHIA (WPVI) -- A domestic disturbance turned into a barricade situation when a woman told officers her boyfriend had several guns.


Police say the male suspect then set the house on fire while he was inside.

The young woman told first responders an elderly woman was also in the home.

Police rescued the second woman, who was not hurt.


A body of a man was found on the second floor of the house, who police say was the suspect.

His cause of death is unknown at this time.