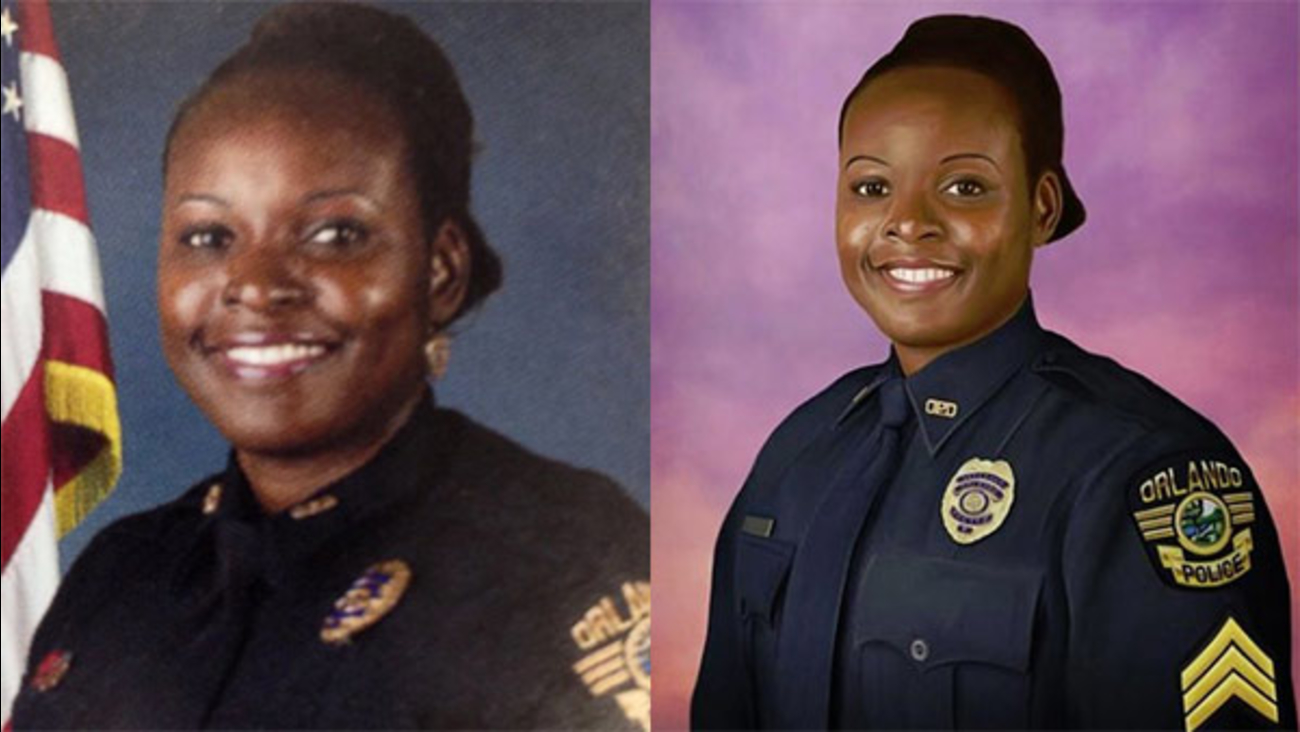 PHILADELPHIA (WPVI) -- A Philadelphia police officer has honored a fallen Orlando police sergeant with a portrait.

This beautiful portrait of MSgt. Clayton created by Ofc. Castro from Philadelphia. @PhillyPolice We cannot thank you enough for the support. pic.twitter.com/mx0oJa7oUC

"This beautiful portrait of MSgt. Clayton created by Ofc. Castro from Philadelphia. @PhillyPolice We cannot thank you enough for the support," Orlando police wrote.

A Philadelphia police spokesman tell Action News, when he's not on duty, Officer Castro, the department's forensic graphic artist, paints pictures of fallen officers and donates them to the departments and families.

"We stand in mourning with the men and women of the @OrlandoPolice during this tragic time. We will forever honor the memory of MSgt. Clayton," the Philadelphia Police Department replied to the Orlando PD on Twitter.

MSgt. Clayton, a wife and mother, was on duty by herself around 7 a.m. Monday near a Walmart, when a citizen approached her about the suspect, Markeith Loyd, 41, and said he was nearby, the Orlando police said.

Loyd was wanted for allegedly killing of his pregnant ex-girlfriend.

Clayton found Loyd and then chased him. When Clayton told him to stop running, he opened fire, police said. Clayton, who was wearing body armor, was shot multiple times, police said, and later died.

Afterwards, he fled and allegedly stole a car before being last seen at an apartment complex.

Crimeline is offering a $100,000 reward for information leading to Loyd's arrest.

At a news conference, police called Clayton a hero, saying she gave her life protecting the community she loved.

Clayton grew up in Orlando and "deeply cared" about the community, the police said.

She had been with the Orlando Police Department since 1999 and was promoted to Master Sergeant last year, the police said.

She has a son, who is in college, police said.

After Clayton was shot, many of her colleagues immediately joined the pursuit; among them was a sheriff's Deputy First Class Norman Lewis, who died when he was thrown from his motorcycle in an accident.

Funerals were planned for Lewis for Friday and Clayton for Saturday.