The suspect ran from the scene and was last seen heading south on Ruth Street across Clearfield Street.
WPVI 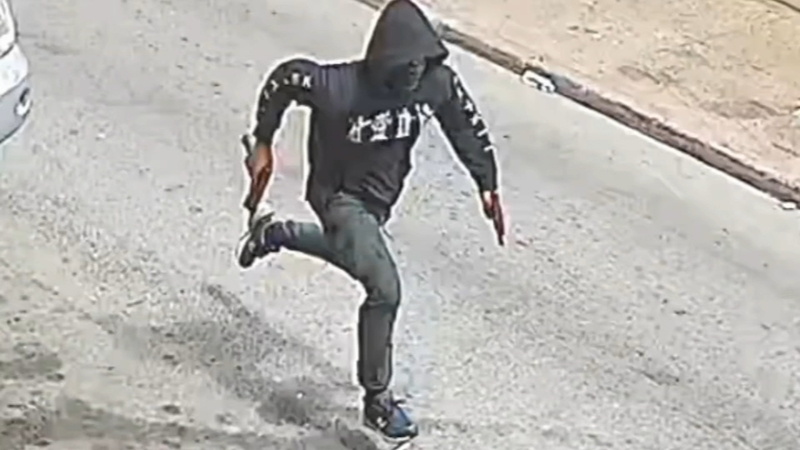 According to police, the shooting happened at about noon Thursday in the 1800 block of East Clementine Street.

In the video, a 20-year-old man is seen standing near the corner when another man begins simultaneously firing two semi-automatic handguns, one of which had an extended magazine, police said.

The suspect ran from the scene and was last seen heading south on Ruth Street across Clearfield Street.

The victim was rushed by private car to Temple University Hospital - Episcopal Campus.

Police said the victim was listed in critical but stable condition, but medics transferred him to Temple University Hospital for further treatment.

Police are now asking for the public's help in finding the suspect.

He was last seen wearing a black hooded sweatshirt with designs across the chest and down both arms, black pants and black or dark blue "New Balance" sneakers with white soles, police said.

Anyone with information about the shooting is asked to call police.