The suspect was taken to Penn Presbyterian Medical Center where he is expected to be OK.
WPVI
By 6abc Digital Staff 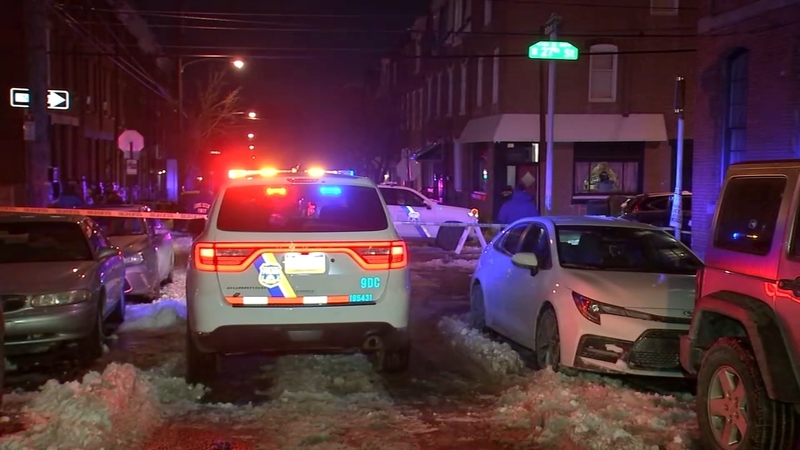 The call came in around 5 p.m. for a man with a gun near a corner bar at 27th and Brown streets.

According to authorities, when police confronted the suspect, who has yet to be identified, they ordered him several times to put down his gun.

But police say he refused and fired a shot at the officers.

An officer-involved shooting is under investigation in Philadelphia's Fairmount section.

"He fired at least one round in the direction of our officers," said Philadelphia Police Sgt. Eric Gripp.

Police say the two officers that responded each fired back. Investigators say each fired at least one shot and likely struck the suspect once in the thigh.

The suspect was taken to Penn Presbyterian Medical Center where he is expected to be OK.

"From the early information that we have right now, it looks the folks inside the bar were familiar with this male," Gripp said.

According to investigators, the suspect reportedly got into a fight with those inside the bar after being told he couldn't come in.

While it's not clear if bar patrons barricaded the door or simply locked him out, investigators say it does appear the suspect fired at least one shot inside the business.

That sparked a slew of 911 calls and the immediate concern from those in the neighborhood.

"Just heard about two shots at first, was kind of coming out the house. I heard them stop for a little bit and thought 'hmm, that's weird.' And then I was walking back, you heard four (shots) like back to back to back. I was like 'yeah, I'm definitely not going outside now," recalled resident Brandon Turner.

No other injuries were reported in the incident.

Police were looking for surveillance video in the neighborhood.