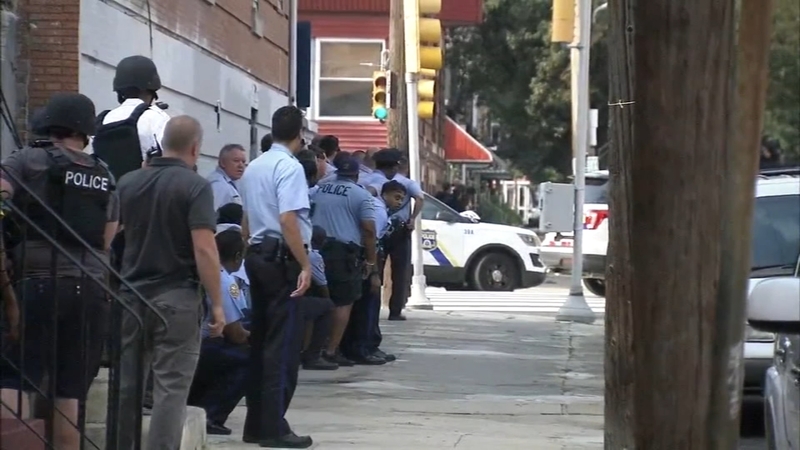 PHILADELPHIA (WPVI) -- A source tells Action News Wednesday's shootout in North Philadelphia was about the unexpected. The initial focus was on a suspected drug house. The unexpected element was a suspect for Southwest Philadelphia with an AR-15 and began firing on officers. It is not a stretch someone facing the gunfire might think of losing their life.

But law enforcement officials we talked to maintain for police officers there is no time in a crisis for such thoughts.

He told us in his 25 years as a SWAT officer he has never thought about his mortality.

He says weekly training dealing with armed threats keeps officers focused when facing actual shooters. The goal to train using basic maneuvers until everyone on the team is proficient and work together which allows them to correctly react when facing an actual threat.

Before he was FOP President, John McNesby was a Philadelphia narcotics officer. He is familiar with serving warrants on suspected drug houses.

He too argues training is the key.
"Listen you can never really plan for wrongdoing, you just have to react and hope your training kicks in," he said.

He added it's important to have "the backs of fellow officers." He said that is exactly what happened yesterday.
Report a correction or typo
Related topics:
philadelphia newspolice officer shotphiladelphiaphiladelphia police
Copyright © 2021 WPVI-TV. All Rights Reserved.
More Videos
From CNN Newsource affiliates
TOP STORIES