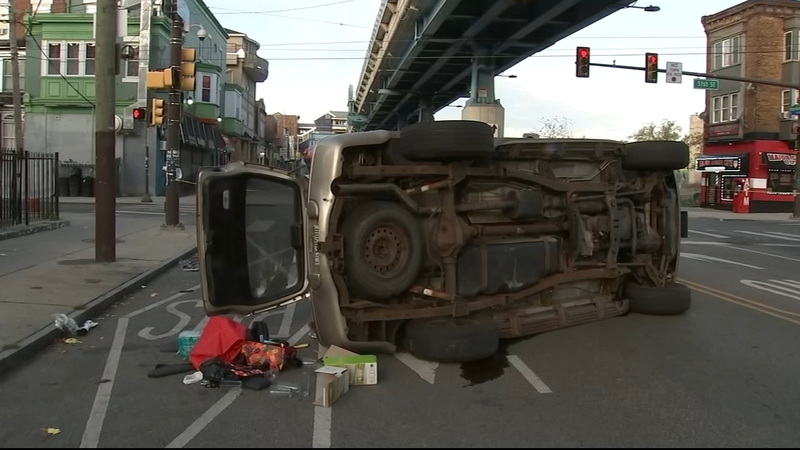 The crash happened around 1 a.m. near the intersection of 51st and Market streets.

5 kids were injured after a car that was involved in a shooting crashed into their SUV. The kids and their parents suffered minor injuries. A woman in the other car is in critical condition after being shot. @6abc pic.twitter.com/wHmFsv9yM3

Police said a 34-year-old woman was shot two times in the back while she was a passenger riding in a Nissan. The driver of the Nissan then crashed into an SUV carrying a family with five children ages three to 11 and their parents. The SUV was flipped onto its side from the impact of the crash.

Investigators said a man who was driving the Nissan left the wounded woman behind. Police said she was able to walk to a nearby store after the crash to ask for help.

Officials said the woman is in critical condition at Presbyterian Hospital and will undergo surgery this morning.