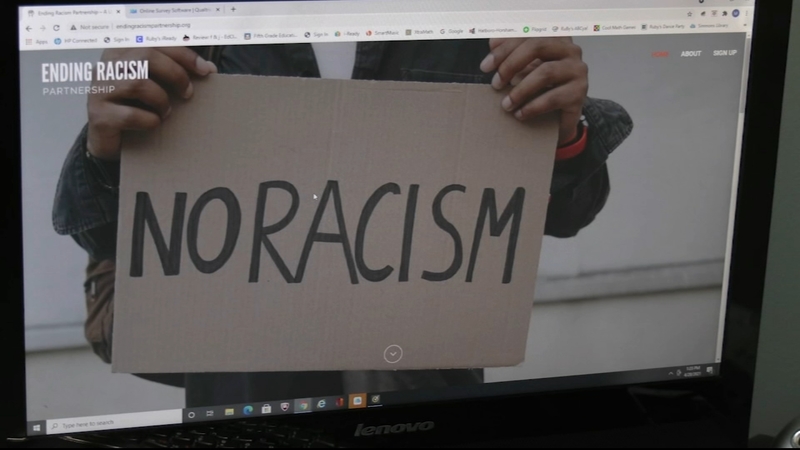 PHILADELPHIA (WPVI) -- Growing up as an Afro-Latina in Philadelphia, Quadria Carino just thought of racism as a fact of life.

"I experienced racism throughout Philly a lot of different times," she said while recalling an incident of a white woman yelling racially-charged statements at her and her preschool-aged cousin as they walked down the street.

Up until now, Carino thought her experiences couldn't be of value or interest. But stories like hers are just what members of a new partnership want to hear as they conduct what could be the first-ever survey on racism in Philadelphia.

"We really want to better understand what's happening on the ground," said Sharmain Matlock-Turner, president and CEO of the Urban Affairs Coalition.

See extraordinary personal journeys of Black families and individuals across America rising above obstacles and pushing through systemic racism to achieve personal and professional success in "Our America: Living While Black."

The Ending Racism Partnership was formed in 2020. It's a unique partnership between the Urban Affairs Coalition, Mother Bethel AME church and Independence Blue Cross.

The goal is to have at least 1,500 people fill out the brief survey before it ends on Friday, May 7th. The survey takes about five minutes and can be found at https://endingracismpartnership.org

"If we're going to make a difference, we need to have spaces and places where all voices are heard," said Matlock-Turner.

Participants fill out the survey anonymously. The survey asks for a zipcode but not a name. Organizers want participants to feel free to give honest feedback about their personal experiences.

"It may start off private, but these things spill into the public," said Pastor Mark Tyler of Mother Bethel AME Church. "You cannot fix these real tough issues if you don't face it."

The survey is also translated into Chinese and Spanish so that more people can participate.

The results of the survey will be shared with city leaders and groups working towards the partnership's goal: to end racism.

"It really is a great opportunity for us to lean in and lead and do so together, because if we don't do this together, it's not lasting," said Fera.

Carino thinks the survey is a good idea. She hopes it leads to a better future in which her son won't have to experience the racism that she has.