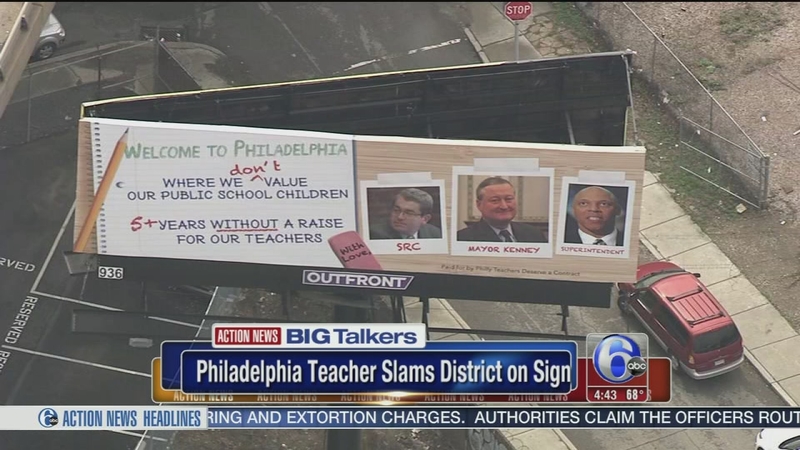 FISHTOWN (WPVI) -- A teacher in Philadelphia raised thousands of dollars to put up a billboard shaming city officials.

The billboard can be seen on I-95 southbound by the Girard Avenue exit in the city's Fishtown section.

It reads: "Welcome to Philadelphia, where we don't value our public school children."

The billboard calls out city officials, with photos included, and goes on to say that it's been more than 5 years since our teachers have gotten a raise.

George Bezanis is the Central High School teacher behind it and he crowdfunded more than $5,000 dollars to pay to put it up.

He says the goal is to "continue to remind our officials of their obligations to our underfunded public schools."

Bezanis also explains how they're still fighting for what they call a fair contract.

Lee Whack, Spokesman for the School District of Philadelphia, responded Wednesday, telling Action News talks continue with Philadelphia Federation of Teachers as they "try to work out a fiscally responsible teachers contract that puts the students of Philadelphia first."