12-year-old killed by police gunfire after officers fired upon

PHILADELPHIA (WPVI) -- Officials have announced the detection of threats against the officers involved in the shooting that left a 12-year-old dead Tuesday in South Philadelphia.

The shooting occurred just before 7:30 p.m. on the 1700 block Barbara Street.

Due to safety concerns, officials say they will not release the names of the discharged officers involved until an investigation surrounding those threats is completed.

"Although we are unable to release the names of the discharging officers at this time, I want to assure the public that we are continuing to carry out this investigation in a fair, thorough, and expeditious manner," said Philadelphia Police Commissioner Danielle Outlaw in a statement. "We understand the importance of transparency, and remained committed to providing as many details as possible without compromising the integrity of the investigation. We expect to provide an additional update in the near future." 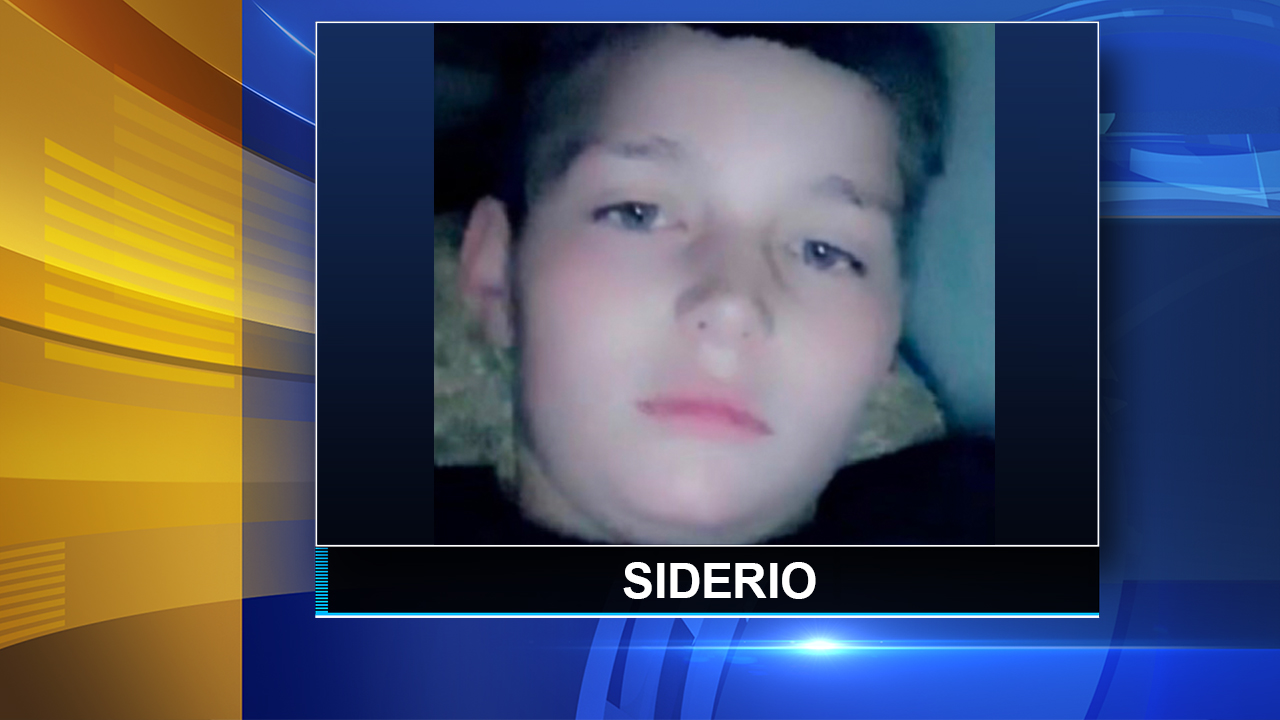 Authorities said four South Task Force officers were conducting surveillance inside an unmarked vehicle as part of a firearms investigation in the area of 18th and Johnston streets around 7:24 p.m.

Police say the officers spotted two males at 18th and Barbara, one of whom was wanted for questioning in connection with questionable social media posts about a stolen gun.

The officers drove toward the two males, stopped a few feet away, then activated the red and blue emergency lights on their unmarked vehicle, police say.

According to police, that's when the officers heard gunfire and the sound of glass shattering from the rear passenger window.

One of the officers was hit by shards of glass in his face and eyes. Police say the bullet went through the rear passenger window's glass, hit the inner doorframe, then went through the passenger's headrest before stopping in the vehicle's headliner.

Two of the officers got out of the vehicle and fired at Siderio, who police say was still in possession of his gun.

Police say one of those officers fired twice, hitting Siderio in his upper right back, with the bullet exiting from his left chest.

He was rushed to the hospital and pronounced dead at 7:29 p.m.

The shooting was captured on a doorbell camera near 18th and Barbara. You hear one initial gunshot and then four more.

Police say the gun in Siderio's possession, a 9MM equipped with a laser, had been reported stolen. The gun was recovered at the scene and was found to have one round in the chamber and five in the magazine, police say.

Another male, a 17-year-old who was wanted for questioning in relation to the firearms investigation, was detained by police but released pending further investigation.

Deputy Commissioner Benjamin Naish said police could not definitively say Wednesday that Siderio had shot into the police vehicle, or whether he had pointed the weapon at officers as he fled.

"While the indications from the medical examiner is that the bullet entered into his back, that does not mean he was fleeing or that there was not a gun being pointed toward or in the vicinity of the officer. It doesn't mean that he wasn't continuing to be a threat to the officer," Naish said.

"What I heard was when the cops pulled up in an unmarked car, they thought someone was jumping them because they slammed on the brakes. So the kid shot because he thought somebody was going to shoot him," said the teen's stepfather, Salman Khan.

Action News obtained video showing the officers pacing back and forth while they waited for an ambulance.

Neighbors say Siderio was a troubled kid. He was reported missing when he was 11 years old but was found two days later.

The officers involved in the shooting have been placed on administrative duty pending the outcome of the investigation.