The shooting happened on the 2700 block of S. Front Street outside Cheerleaders Philadelphia.
WPVI
By 6abc Digital Staff 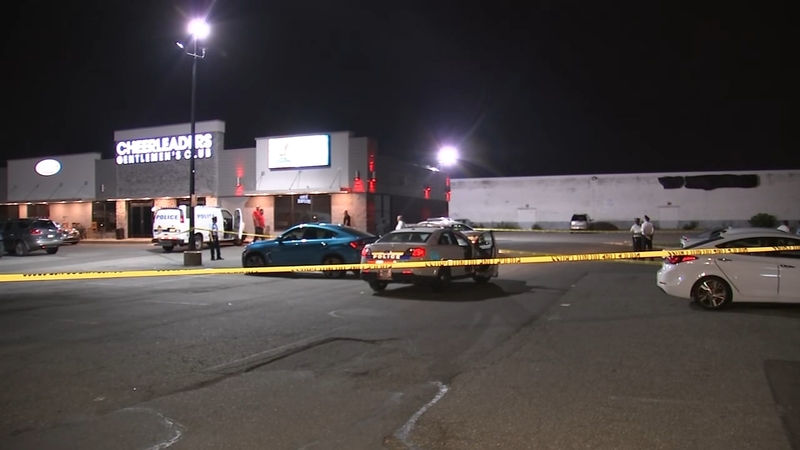 PHILADELPHIA (WPVI) -- A man who was shot during a robbery outside Cheerleaders Gentlemen's Club in South Philadelphia has died.

Police say a 28-year-old man was shot in the chest. He was transported to an area hospital where he was later pronounced dead. The victim has not been identified.

Chopper 6 was overhead as officers cordoned off a large area of the parking lot.

Police say a 28-year-old man was shot in the chest in the parking lot of a gentlemen's club on Tuesday night.

Police say the incident started as two men with guns approached the victim and another man, insisting on going through their pockets.

The 28-year-old was shot during a struggle.

The robbers drove off with a cellphone.