The incident happened around 8:30 p.m. on the 500 block of East Westmoreland Street in the city's Kensington section.
WPVI
By 6abc Digital Staff 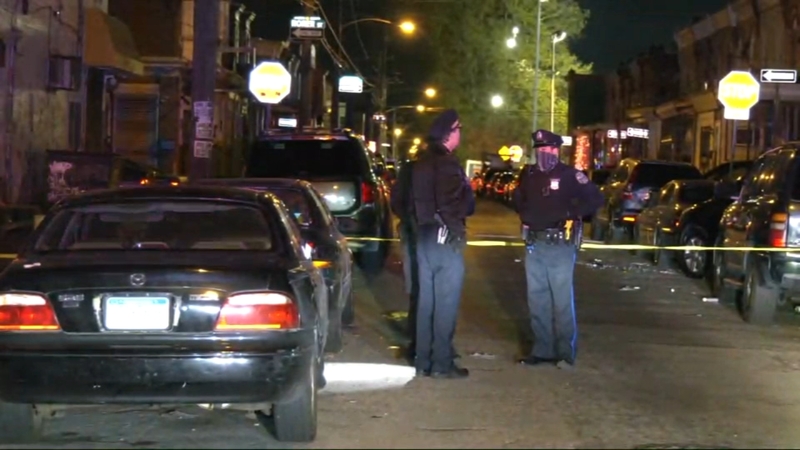 PHILADELPHIA (WPVI) -- A pizza delivery driver suffered a graze wound to the face during an armed robbery incident in Philadelphia on Monday night, according to police.

It happened around 8:30 p.m. on the 500 block of East Westmoreland Street in the city's Kensington section.

Police say the 27-year-old woman was making a pre-paid delivery to a private residence when she was approached by two men who announced a robbery.

Police say the men ransacked the woman's car after they learned she didn't have any money. The suspects then tried to take the woman's fanny pack and a struggle ensued.

According to Chief Inspector Scott Small, the woman was grazed by a bullet during the attack.

The delivery driver was hospitalized and is expected to survive.

The suspects, who police say were wearing ski masks at the time of the attack, were able to get away.

One of the men is described as wearing a dark jacket and light or white-colored pants. The second suspect was wearing all dark clothing.