"We know 25 shots were fired because we found a little over 25 spent shell casings."
WPVI
By 6abc Digital Staff and Dann Cuellar 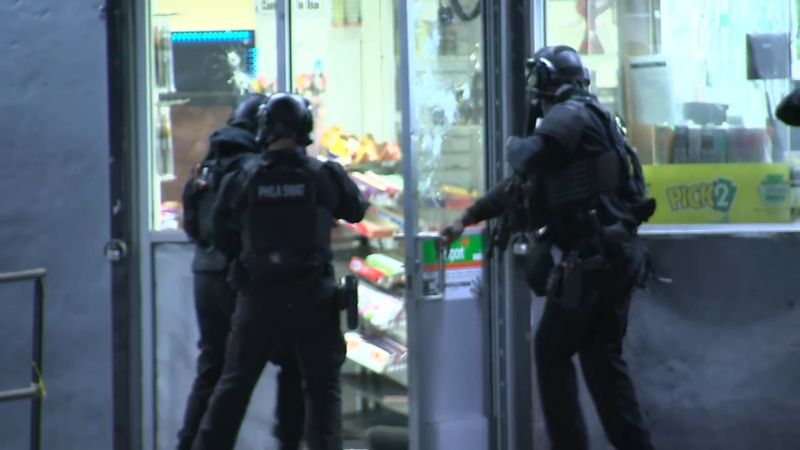 It happened around 9:30 p.m. at the Liberty gas station on Rising Sun Avenue and Tabor Road in the city's Olney section.

According to police, there were about 10 people outside of the gas station's convenience store when two to three male gunmen walked up and started to open fire.

That's when the people outside of the store ran inside to take cover.

"We know 25 shots were fired because we found a little over 25 spent shell casings. Some appear to be rifle rounds. There are at least 20 bullet holes to the glass door of the convenience store," said Philadelphia Chief Inspector Scott Small.

Chopper 6 was overhead as officers in tactical gear surrounded the store.

Authorities declared a barricade. When they realized the shooters were not inside, they started evacuating the store.

Police said no one was hit by gunfire.

One of the victims was treated for a head injury which was believed to be from broken glass.

Officers were questioning the victims and two unarmed security guards who were inside the store.

The suspects remain on the loose.