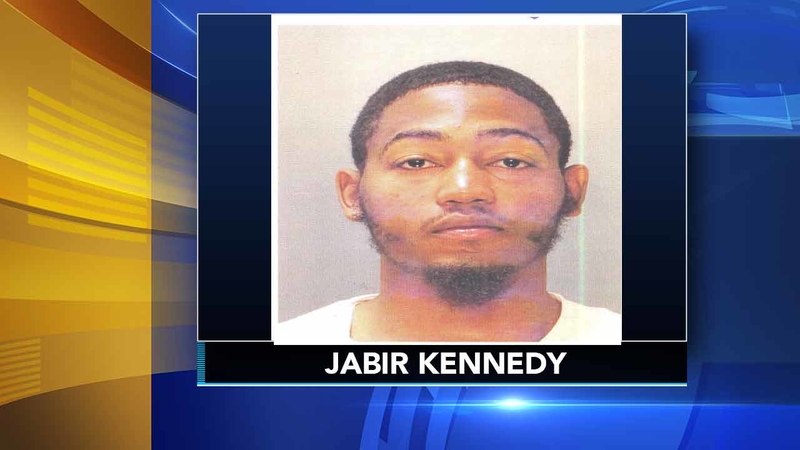 SOUTHWEST PHILADELPHIA (WPVI) -- Police are searching for a 21-year-old man in connection with a quadruple shooting that occurred in Southwest Philadelphia last week.

According to investigators, Jabir Kennedy of the 6600 block of Dorel Street is wanted in connection with a shooting on the same street Thursday night.

Police responded to the block around 9:30 p.m. for a report of a shooting.

When officers arrived at the location, they encountered four men with multiple gunshot wounds. All four victims were transported to Penn Presbyterian Medical Center by police.

Officers said they received information that a woman was assaulted by her children's father earlier in the day. Family members of the female were contacted and, as a result, the four male victims and the female went to Dorel Street to confront the offender.

Police said a fight ensued between Kennedy and the four men and Kennedy shot all four complainants at the scene.

One victim, a 23-year-old man, died Friday morning. The other three victims range in age from 22 to 32 years old. All three remain hospitalized.

Police said Kennedy is considered to be armed and dangerous.