Around 10:30 p.m., police say at least 37 shots were fired in the city's Brewerytown section.
WPVI 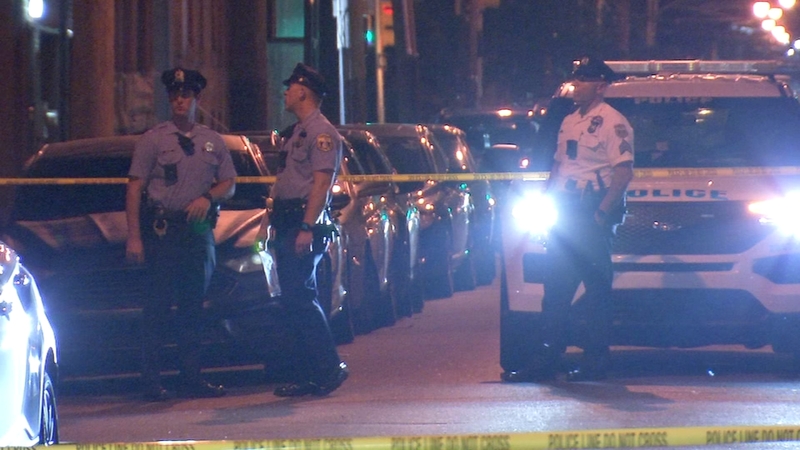 Teen shot in the chest in North Philadelphia

PHILADELPHIA (WPVI) -- Two people are dead and five others are injured, including a young teenager, following multiple shootings in Philadelphia Tuesday night.

Around 10:30 p.m., police say at least 37 shots were fired in the city's Brewerytown section.

Officers found a man who was shot multiple times near the intersection of 26th Street and Montgomery Avenue. There was no immediate word on his condition.

Around 9:14 p.m. in North Philadelphia, police say a 14-year-old male was shot on the 2100 block of N. 18th Street. He was rushed to an area hospital where he's currently listed in critical condition.

"When police arrived on location, they found a 14-year-old male laying on the sidewalk. He was completely unresponsive," said Chief Inspector Scott Small with the Philadelphia Police Department.

Investigators say the teen was shot once in the chest. Witness told police that possibly three juveniles approached the teen and that's when the shot was fired. At least one shell casing was found next to the victim's body.

"Which is an indication that the shooter or shooters were standing very very close to this victim when the shot was fired," Small said.

Detectives are hoping surveillance cameras in the area will lead to the shooter.

A 47-year-old man was shot and killed around 8:31 p.m. on the 400 block of Busti Street. Police say he suffered a fatal gunshot wound to the chest. The man has not been identified.

SEE ALSO: New details about what may have led to brutal beating of delivery driver in Queen Village
EMBED More News Videos

Police say they may now know why a delivery driver stopped in Queen Village just moments before he was beaten by a group of people.

On the 5000 block of Germantown Avenue, a 28-year-old man was shot in the thigh around 8:12 p.m. He is currently listed as stable.

Minutes before the Germantown Avenue shooting, police say a man was killed after being shot multiple times at N. Lee Street. The victim has not been identified.
Earlier in the afternoon, a 20-year-year-old man was shot in the ankle on the 300 block of E. Somerset Street around 4:13 p.m.. The man is listed in stable condition.

Police say a 19-year-old male was rushed to the hospital after being shot around 3:30 p.m. at 57th and Spruce streets. He is currently listed in critical condition.