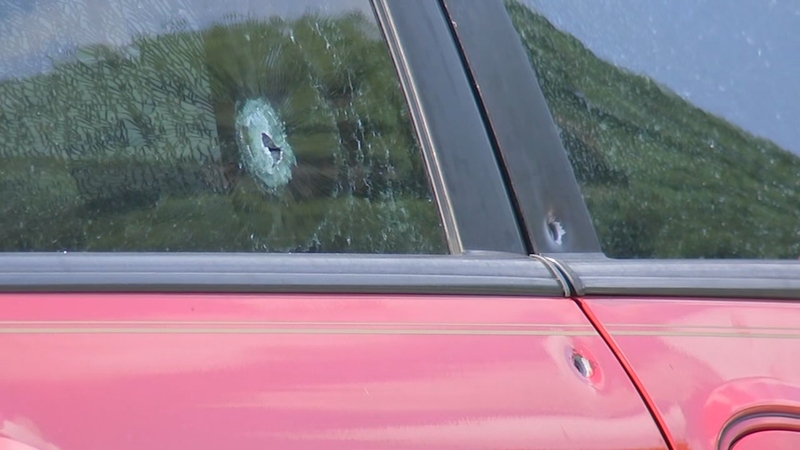 PHILADELPHIA (WPVI) -- Two people have died and seven others are injured after gunfire rang out across Philadelphia Monday night. In one shooting, police say two teens were shot while waiting at a red light inside a car.

Officers found a 46-year-old man suffering from multiple gunshot wounds. He was rushed to an area hospital where he later died.

Action News has learned that a SEPTA bus was hit by a stray bullet as the shots rang out, but no one on the bus was injured.

Police say a second victim, a man in his 40s, was hospitalized after being shot in the abdomen. He is currently listed in critical condition.

Shot while at red light

Around 5:30 p.m., police say a gunman in another vehicle opened fire on two teens who were inside a red Chevy Impala while at a red light. It happened near the 5400 block of North 5th Street in the city's Olney section.

Just before 6 p.m., police say a shooting investigation was underway at the Belmont Plateau in Fairmount Park.

The victim was rushed to an area hospital where he's currently listed in stable condition.

Philadelphia police are also investigating two separate shootings that left three people injured. A woman was shot around 6:11 p.m. on the 2900 block of Ruth Street. Around 7:13 p.m., a man and woman were shot near 18th Street and Oxford. All three victims are expected to survive.

A man was shot and killed late Monday night in Germantown.

Police said the man, whose identity has not been made available, was shot multiple times. He was pronounced dead at the scene.

So far, there was no word on a motive.