3 shot while sitting on Philadelphia porch; over 50 shots fired 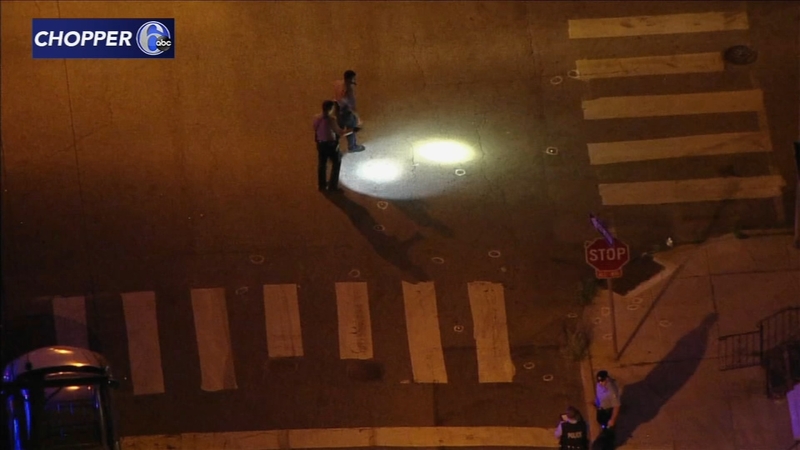 3 shot while sitting on porch; over 50 shots fired

PHILADELPHIA (WPVI) -- Philadelphia police are searching for multiple suspects who opened fire on a group of people sitting on a porch Wednesday night.

It happened around 10 p.m. on the 5400 block of Race Street in West Philadelphia.

According to Chief Inspector Scott Small, multiple suspects were standing near the intersection when they opened fire on a residence.

The victims include a 20-year-old man, a 22-year-old man and a 29-year-old woman. All three victims are listed in stable condition at an area hospital.

After the initial gunfire, police said at least one person on the porch returned fire.

Chopper 6 over a triple shooting in West Philadelphia on July 7, 2021.

Small said no other injuries were reported, but many people, including a baby, were in the home when the gunfire broke out.