Philadelphia seeks help from residents to crack down on 'short dumping' 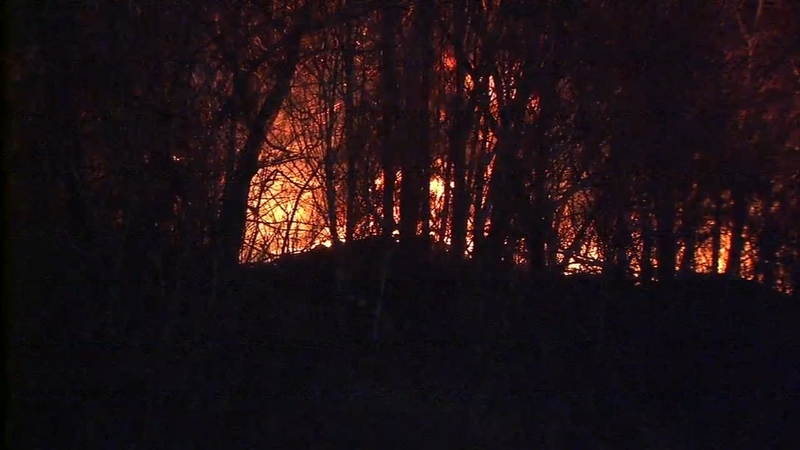 The thick, billowing smoke temporarily shut down traffic on nearby I-95 and the Betsy Ross Bridge, as well as a rail line used by Conrail.

Officials have now determined the tires that were burning in the fire were dumped at the location illegally.

"Who are these guys who collect these tires and don't pay to dispose of them properly, and then wind up magically get on fire?" said Mayor Jim Kenney.

The city has been working to beef up enforcement of illegal tire dumping ever since a massive tire fire that shut down I-95 for days back in 1996.

"Cameras are being installed," said Kenney. "We have cameras installed in North Philadelphia, Southwest Philadelphia... that's why we had to do the litter index to figure out where this short dumping is most prevalent."

The city is in the process of installing 50 new illegal dumping cameras citywide over the next six months. So far, they seem to be working.

The city has also created a special unit to focus on illegal dumping.

"We've got an Environment Crimes Unit working with police," said Carroll. "We've got an environmental crimes detective, and this is one of the things, along with the short dumping, that sits at the top of their list."

But of course, they won't be able to catch all the culprits. So firefighters who end up risking their lives putting out these highly toxic fires are urging people, through their union president, to help.

"If you see this type of short dumping going on, if you know there's an accumulation of tires or rubbish or brush, at least turn it in, and give us an opportunity to get it taken care of," said Ed Marks of Firefighters and Paramedics Union Local 22.

The city asks residents not to confront the individuals themselves but rather to make a report.