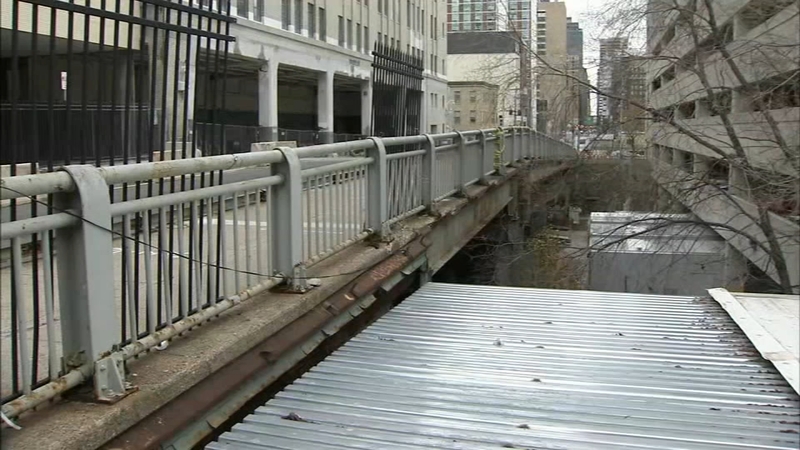 PHILADELPHIA (WPVI) -- The 15th Street Bridge in the Spring Garden section of Philadelphia will be closed for a year and commuters adjusting their routes.

At 15th and Hamilton, more than a few drivers had to turn around Thursday afternoon as they realized the bridge is closed for construction.

"The bridge is closed. So it's inconvenient. Its the first time for me," said driver Trey Hulsun who had to turn around and find another way.

The 15th Street Bridge between Hamilton and Callowhill will be closed until December 2020. The Philadelphia Streets Department says when the work is done, there will be new curb barriers, lighting, signals, ADA compliant curb ramps and more. The work also comes with some new temporary traffic patterns.

"Cars this morning, they actually drove right to the end and then had to do a three point turn and make their way around," said Alanna Fogarty, who works near the construction.

Southbound traffic on 15th Street is being detoured onto Spring Garden Street, down to 19th Street and then onto Callowhill to get back to 15th.

Callowhill Street between 15th and 17th is now a two-way street for the duration of the construction.

Pedestrians and cyclists are being detoured onto Hamilton Street.

Action News found one who hasn't heard about the closure.

"You saw me ride down this way. I thought maybe I could go up on the sidewalk but that's closed off as well," said Graham Wolf of Spring Garden who was trying to ride his bike across the bridge.

But even some of the turned around commuters say they're OK with the closure and the $8.6 million price tag.

Erik Taraborrelli of Swedesboro, N.J. uses the bridge almost every day, but says the work is needed.