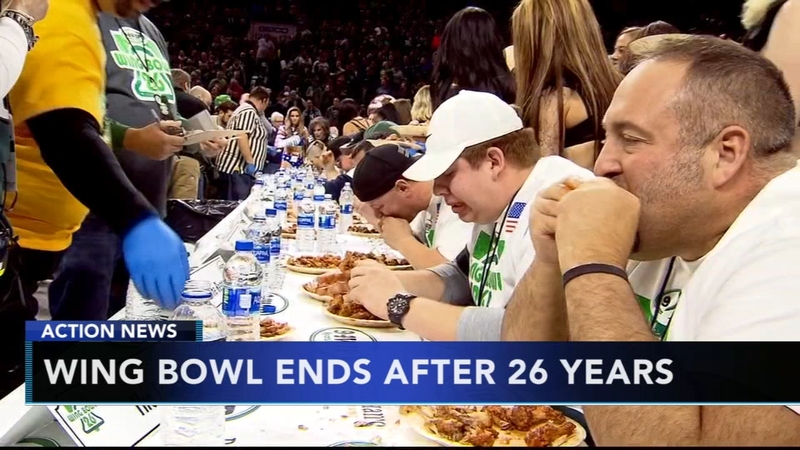 PHILADELPHIA (WPVI) -- After 26 years, a Philadelphia tradition has come to an end.

The Wing Bowl, which began in 1993, was a staple of Super Bowl weekend.

Morganti originally came up with the idea as a way to get Philadelphia sports fans through another championship weekend without the home team.

This past Wing Bowl was a bit different, however, because the Birds were in the Super Bowl. (They won it, by the way).

The station said due to the fact the Eagles are Super Bowl Champions, there is no more need for the chicken wing eating extravaganza.

Wing Bowl has turned into a huge, boozy spectacle with a parade of flamboyant contestants and a competition for women called "Wingettes."

Getting ready for the Wing Bowl at the Wells Fargo Center. Bob Brooks reports during Action News Mornings on February 2, 2018.