'I'm having a hard time': Some Philadelphians plan to use stimulus check to pay bills 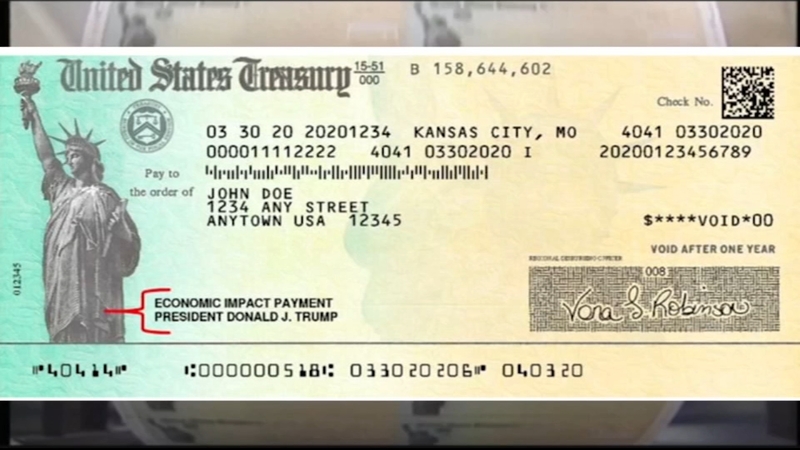 Some Philadelphians plan to use stimulus check to pay bills

PHILADELPHIA (WPVI) -- The federal government says about 84% of Americans will get a stimulus payment.

For most of those people, it will be a $600 check. Some people say it will go to help pay bills.

"Catching up on things that have been affected by COVID; exactly what it's supposed to be for," said Tamrya Hairston of Northeast Philadelphia.

As a mom, Hairston will get one $600 check for herself and one for each of her children.

She says she has bills to pay, but her kids need new clothes.

Rodriguez says he was laid off because of the pandemic, and his unemployment checks stopped coming too.

He and about 12 million other Americans have to reapply for aid since the CARES Act expired over the weekend, 18 hours before the President signed the next round of relief.

Now, Rodriguez says he's relieved another check will be coming, even though it's half of the $1,200 he got in March.

"I'm having a hard time trying to get through every day," he said.

As he walked past Christmas Village to go to City Hall, Trish Giova thanked customers, visiting her boutique.

"I'm happy that people can have a little help from the stimulus checks to get through the holidays," said Giova, who owns Bella U.

She says her profits are down as much as 75% from a 'normal' holiday. With her check, she's going to pay bills too.

"It's definitely been a tough year. Expected crowds were down, and people are spending less. But definitely grateful to be here," she said.

The new stimulus checks expect to be distributed within the next three weeks, according to reports.