WPVI
By George Solis
PHILADELPHIA (WPVI) -- A Philadelphia man is hoping for a full recovery for his best friend Billy, a bull terrier that was shot during a robbery last week.

Billy has been Felipe Sinisterra's best pal for the last four years.

Billy was given to Sinisterra by his grandmother when the dog was just six months old.

Sinisterra has raised Billy to be a faithful and loyal companion.

"He's always protective. He's always been with me at my side," Sinisterra said.

That loyalty was put to the ultimate test earlier this month when Sinisterra became the victim of a robbery at the intersection of South 48th Street and Osage Avenue in West Philadelphia.

Sinisterra said he had just gotten off work around 2 a.m. when he took Billy on a walk and they were confronted by the suspects.

"The dog barks at them trying to defend us, and because of that, they shoot him," he said.

Sinisterra said two shots were fired, one of them striking Billy in the chest.

Police have been looking for two suspects last seen getting into a gray Honda.

Sinisterra said all that was taken from him was his cell phone. He said he would have given up anything if it meant sparing Billy.

"It's nothing, I hope I could have had more things in my pocket to distract (the robber)," Sinisterra said.

Billy has now undergone two costly surgeries at the Penn Vet's Ryan Hospital for injuries sustained to various organs, including his heart. 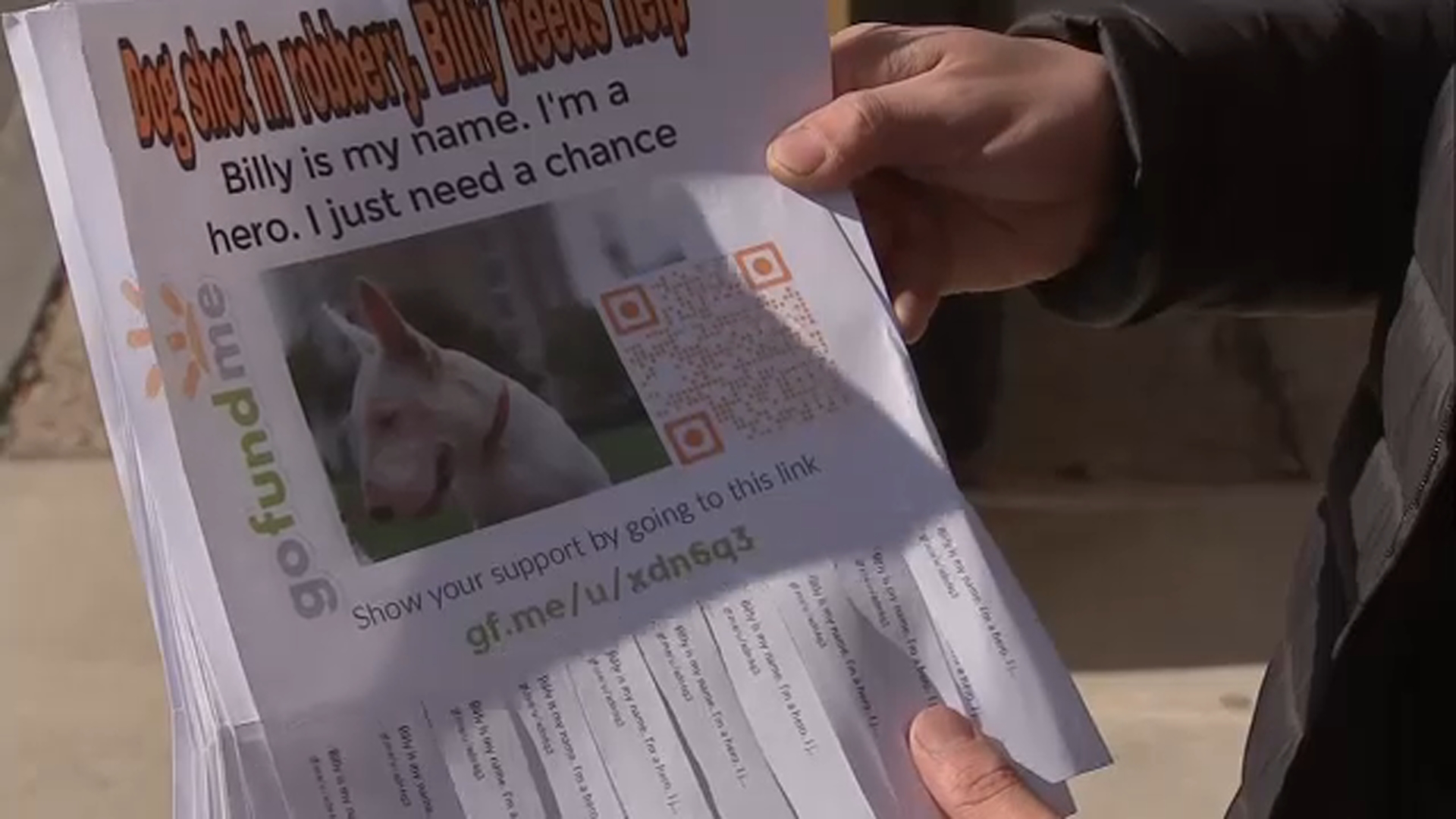 Sinisterra has credited Billy's recovery so far largely in part to support from family, friends, and the community, especially police who led the escort to the hospital after Billy was shot.

But, the vet bills are mounting so he has started a GoFundMe campaign to help with costs.

HOW YOU CAN HELP: The official name of the GoFundMe page is “Billy is my name. I’m a hero. I just need a chance”

"Even a message of good energy helps him you know?" Sinisterra said. "All he wanted was to protect us."

Sinisterra said Billy is still undergoing surgery and, if all goes well, he should spend a few more days at the hospital.
Report a correction or typo
Related topics:
philadelphiapetsshootingdog
Copyright © 2020 WPVI-TV. All Rights Reserved.
More Videos
From CNN Newsource affiliates
TOP STORIES

Person found inside burning vehicle had been shot, police say