The district cited the school bus driver shortage and the challenges many families still face as reasons for the reversal.
WPVI 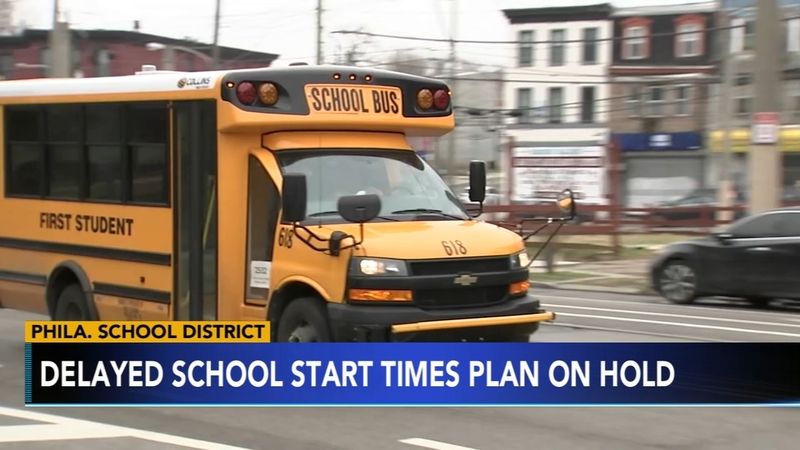 PHILADELPHIA (WPVI) -- The School District of Philadelphia has reversed its decision on implementing a later start time for many students this fall.

But, in an update released Wednesday morning, the district says it won't be moving forward with that plan after all, and the schools will maintain the current bell schedule.

The district said the plan was originally put in place to align with recommendations from the American Academy of Pediatrics that older students start school later "to give them the opportunity to get the sleep they need during their natural sleep/wake cycles."

The district cited several reasons for postponing the plan, including the ongoing bus driver shortage. The district said it cannot support the shift for all 56 schools that would have been involved.

The district also said that the time didn't seem right for a big change.

"We also know that our students, staff and families are still working hard to reclaim a sense of familiarity and stability as we continue to: recover from extended time apart when school buildings were closed; learn to live in the presence of an ever-changing pandemic; and deal with many other traumas locally, nationally and globally," Superintendent Dr. William Hite said in the statement. "Postponing this change in bell schedules is the caring thing to do at this time."