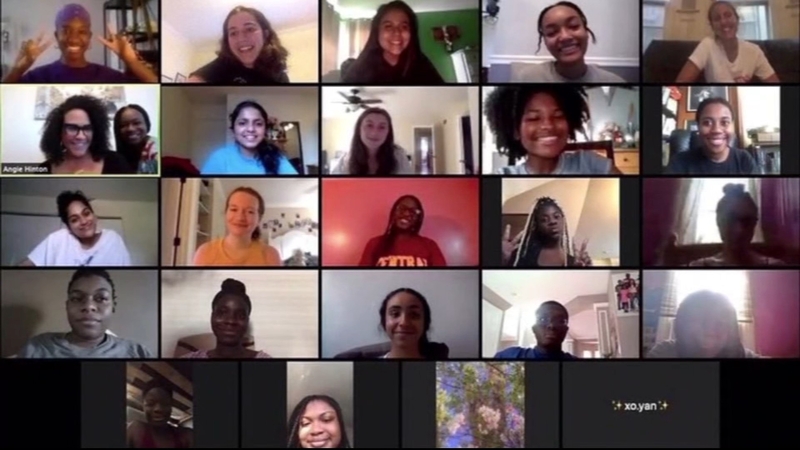 PHILADELPHIA (WPVI) -- Some Philadelphia and suburban students helped register their peers to vote in Georgia ahead of Tuesday's two senatorial runoff elections.

The two Senate runoff elections are leftovers from the November general election, when none of the candidates hit the 50% threshold. Democrats need to win both races to seize the Senate majority - and, with it, control of the new Congress when President-elect Joe Biden takes office in two weeks.

Sheyla Street is a volunteer with Philly Youth Vote, a nonpartisan organization aimed at getting every 18-year-old in the city to the polls. She joined teens across the country in the effort to get eligible high school students in the Peach State to the polls.

"(We) walked students through the process and then once they're registered, make sure they get a confirmation email, they know where their polling place is," said Street, who is a senior at Central High School.

Most of the outreach happened over social media and Zoom-- a challenge at times for students without internet, highlighting the digital divide in a pandemic.

Reportedly nearly 50,000 Georgians who didn't vote in November have cast a ballot in the January runoff, including many of whom who were too young to vote last year.

In one contest, Republican Kelly Loeffler, a 50-year-old former businesswoman who was appointed to the Senate less than a year ago by the state's governor, faced Democrat Raphael Warnock, 51, who serves as the senior pastor of the Atlanta church where Martin Luther King Jr. grew up and preached. Early Wednesday morning, ABC News projected Warnock as the winner.