WPVI
By Dann Cuellar
PHOENIXVILLE, Pennsylvania (WPVI) -- Two severe storms packed a powerful punch across the Philadelphia region on Wednesday. The first storm swept through around 12 p.m. and another quick round of intense winds and heavy rain hit around dinner time.

A tree fell onto a home on the 200 block of Kimberton Road in Kimberton where Jeff Effgen says he used to live.

Earlier in the day, a storm brought down a large tree on the second-floor apartment building of the Knollwood Apartments on Knull Road.

"You could just feel the pressure, and hear the, it sounded like a train, you could just hear it," said Michelle Britain.

Fortunately, the woman in the apartment was downstairs in her kitchen and was not injured.

Meanwhile, at the Crossings at Stanbridge, a seven-story apartment building in Lansdale, the storm blew a large section of roof material from the roof, some of it landing on a Jeep down below.

"It was almost like Wizard of Oz came through, made everything sort of brown and black and it was hard to see," said Kay Ward.

"That's when we looked outside, there's debris flying down the street," recalled Ryan Van Dame.

"And then there was a bang, and then again five minutes later another bang," said Ward.

"We looked down and we saw that a car is trapped under the giant wreckage of the roof of the building behind me," added Van Dame.

Fortunately, officials say there were no major issues, but 150 residents had to be evacuated.

"They had to get a lot of handicap people, people who can't walk," said Chief Joe Stockert of the Lansdale Fire Company.

The Red Cross and property managers were trying to help people relocate. 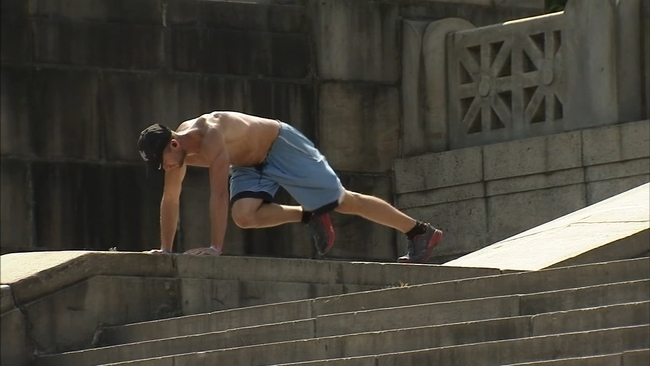 Philly has its hottest day of the year 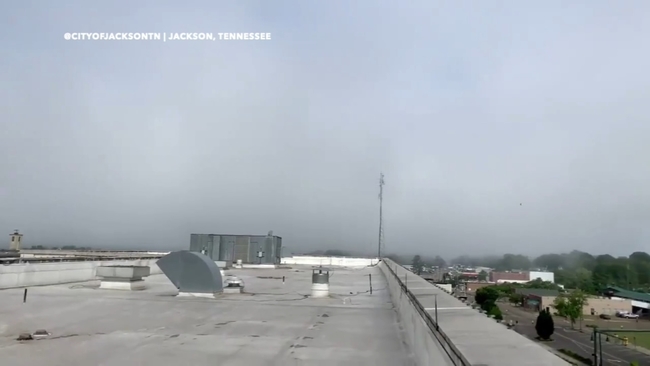