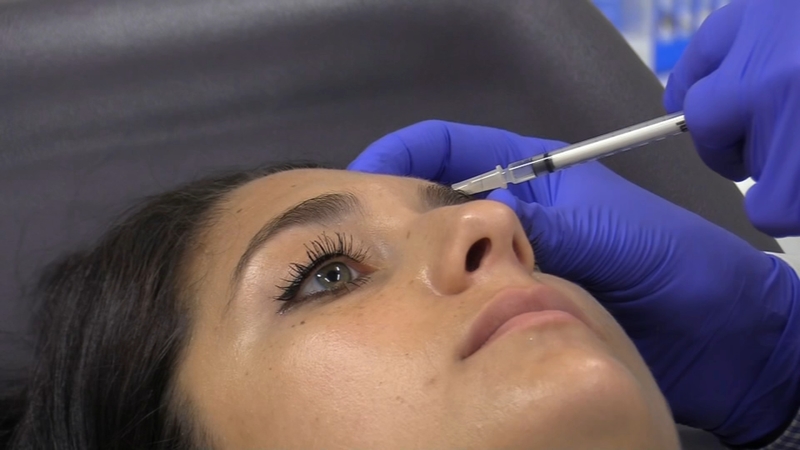 CHERRY HILL, N.J. (WPVI) -- Facial procedures have long been the territory for middle-aged women and men.

But plastic surgeons are seeing an increase in patients under 30.

It's part of a movement called 'prejuvenation,' preserving youth now, before time takes its toll.

"It's a cleanser. it is wonderful," she says, pulling products out of her cosmetic bag,

"At nighttime - this is the best product ever," she adds, holding up another bottle.

"Since I was little, my grandmother kind of nailed it into me that skincare is extremely important," she told us.

Now, Haley is taking the next step, smoothing forehead wrinkles that are just starting.

"I've had fine lines from getting (migraine) headaches and frowning," she says, wrinkling her brow.

Plastic surgeon Dr. Steve Davis used to be skeptical of 20-somethings asking for Botox or fillers.

Now he says studies now show 'prejuvenation' isn't a vain fad, but a real strategy to slow down aging.

"If you keep on creasing your dress, or something, over and over again, it's going to get wrinkled," he says, drawing an analogy to the skin.

By easing those wrinkles early, before they're set -

"When you finally reach older age, you'll probably never look the age that you would have if you just left everything alone," he notes.

Dr. Davis says he's noticed some patients who've been getting Botox since it came out 20 years now look younger than their original pictures.

But he says 'prejuvenation' is more than wrinkle relaxers and fillers

It means caring for the whole body, with a good diet, lots of water, enough sleep, exercise, and sunscreen outdoors.

Haley, a department store buyer, has been wheeling & dealing to get great styles for next spring.

"Wow!" she says, looking in the mirror.

And she'll have a fresh look to go with them.

"And it's like just enough," she notes with a smile.