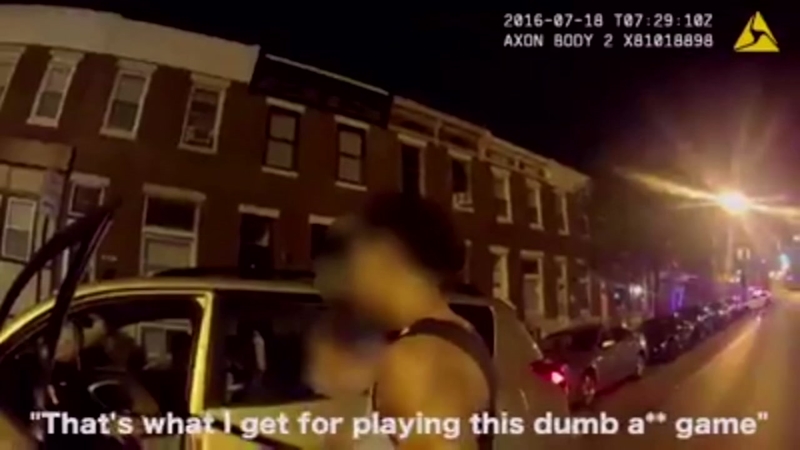 Police in Baltimore got a big scare, apparently from a driver who admitted to playing the popular mobile app game Pokemon Go while behind the wheel.

Around 3 a.m. Monday, a Toyota SUV with three people in it smashed into a police cruiser. The crash was captured on one officer's body cam. The driver got out of his vehicle and explained what led to the crash.

"That's what I get for playing this dumb (expletive) game," he said.

No one was hurt, but the Baltimore Police Department used their footage as a public service announcement about playing the game safely.

There are more installs of Pokemon Go on Android than Tinder, and players use the app more than WhatsApp, Instagram, Snapchat and Facebook Messenger. So what's the big deal?