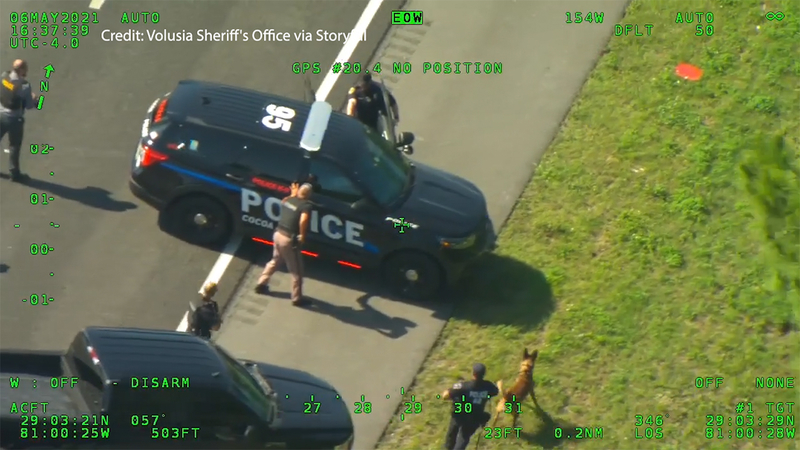 VOLUSIA CO., Florida -- A man was arrested in Volusia County, Florida, on Thursday, May 6, after he took off in not one, but two police cars during an extended pursuit.

Aerial footage released by the Volusia Sheriff's Office shows how the chase unfolded.

The chase began when Cocoa police responded to a report of a disturbance near a Cocoa motel on Thursday afternoon, ABC affiliate WFTV reported.

Officers with the Volusia Sheriff's Office were able to force the stolen cruiser off the road, where it crashed into some woods.

However, as police surrounded the first vehicle, the suspect was able to escape and take off in a second patrol car. Helicopter footage shows the second cruiser coming to a stop on a highway median after police disabled it with drop sticks.

The suspect was arrested and is awaiting charges, police said.