Police say a vehicle was stopped by two officers when an occupant of the car got out and ran.
WPVI
By Katie Katro and 6abc Digital Staff 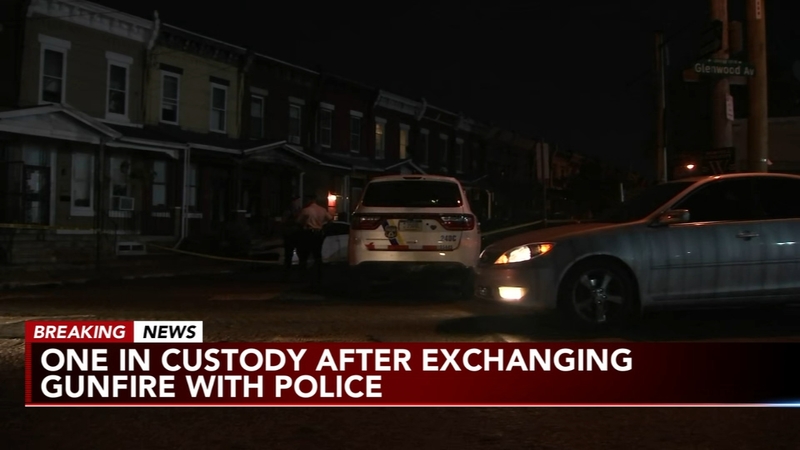 PHILADELPHIA (WPVI) -- Police are investigating an incident involving a man firing a weapon at an officer Saturday night in North Philadelphia.

The incident happened just before 8 p.m. on the 2900 block of Camac Street.

Police say a vehicle was stopped by two officers when an occupant of the car got out and ran.

That's when officials say an officer chased him a couple of blocks down Camac Street, where the chase led inside someone's home.

Authorities do not think the men knew each other.

Police say the homeowner then fired a weapon at the officer.

The officer then returned fire.

Luckily, no one was reported injured, officials say.

The homeowner has since been taken into custody.

Officials add the officer was in uniform at the time of this incident.

Police are currently waiting to get a search warrant to investigate inside the home of the man taking into custody.

Officials are still trying to determine if the homeowner was legally allowed to possess a gun.

The man involved in the police chase is still on the run, officials say.

Police are working to determine if he was armed with a weapon at the time of the chase.