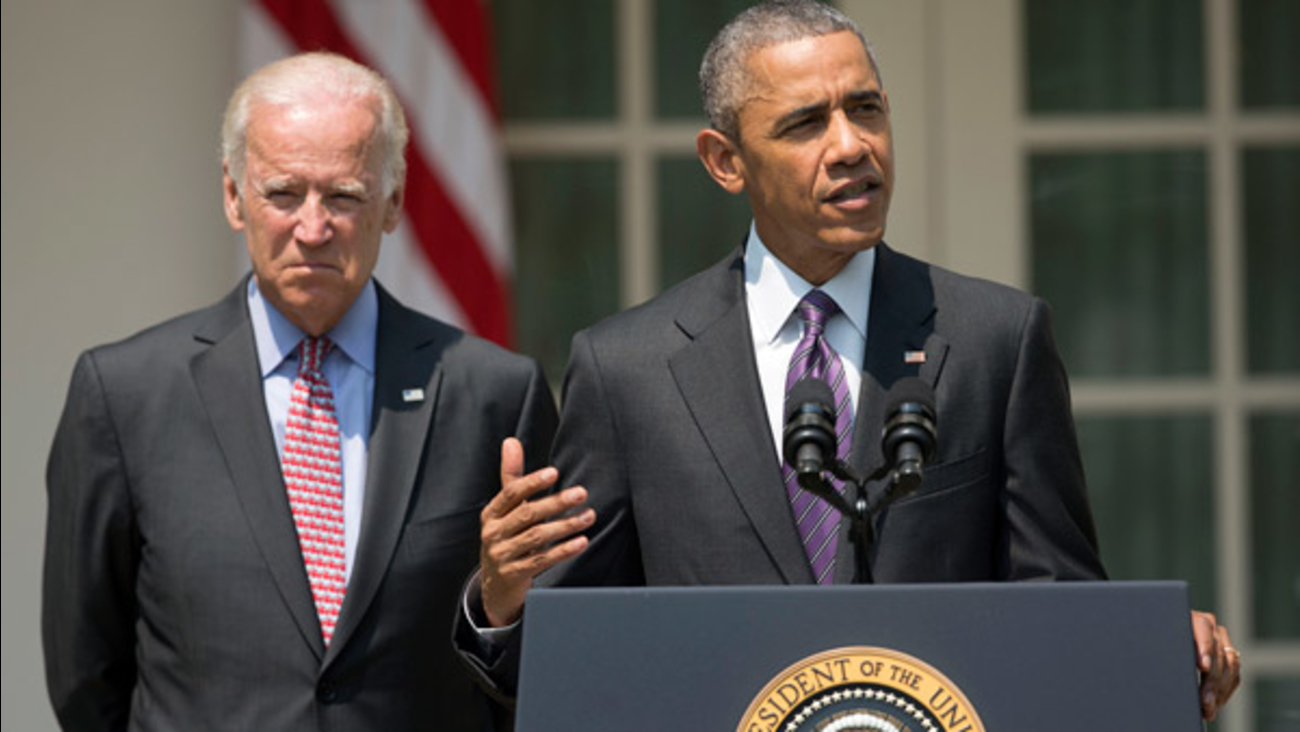 Obama was to announce the decision at the White House after meeting with Secretary of State John Kerry. The individuals confirming Obama's decision weren't authorized to comment publicly and spoke on condition of anonymity.

Killing the pipeline allows Obama to claim aggressive action on the environment, potentially strengthening his hand as world leaders prepare to finalize major global climate pact within weeks that Obama hopes will be a crowning jewel for his legacy. Yet it also puts the president in a direct confrontation with Republicans and energy advocates that will almost surely spill over into the 2016 presidential election.

Although the project is dead for now, Obama's rejection will likely not be the last word for Keystone XL.

The pipeline's backers are expected to challenge his decision in court, and the Republican-controlled Congress may try to override the president, although those efforts have previously failed. The project could also get a fresh look in 2017 if a Republican wins the White House and invites TransCanada to reapply.

Another open question is whether TransCanada will try to recoup the more than $2 billion it says it has already spent on the project's development. Earlier in the year, the company left the door open to suing the U.S. government under NAFTA.

The 1,179-mile (1,900 kilometer) proposed pipeline has been in limbo for more than 7 years, awaiting a series of U.S. reviews that have dragged on more than 5 times longer than average, according to a recent Associated Press analysis. The pipeline requires a presidential permit to cross the U.S.-Canadian border.

Over time, the pipeline took on symbolic value of epic proportions, elevated by environmentalist and energy advocates alike into a proxy battle for climate change. Although Obama insisted both sides had overhyped the pipeline, his many delays only fueled the mushrooming political controversy.

Obama forecast his reluctance to authorize the pipeline on Wednesday when his administration rejected TransCanada's unusual request to suspend - but not withdraw - its application. The White House suggested the move was aimed at delaying until Obama leaves office and is potentially replaced by a Republican, although TransCanada insisted that wasn't the case.

TransCanada, an Alberta-based company with an expensive North American footprint, first applied for Keystone permits in September 2008 - shortly before Obama was elected. As envisioned, Keystone would snake from Canada's tar sands through Montana, South Dakota and Nebraska, then connect with existing pipelines to carry more than 800,000 barrels of crude oil a day to specialized refineries along the Texas Gulf Coast.

Democrats and environmental groups latched onto Keystone as emblematic of the type of dirty fossil fuels that must be phased out. Opponents chained themselves to construction equipment and the White House fence in protest, arguing that building the pipeline would be antithetical to Obama's call for cutting greenhouse gas emissions.

But Republicans, Canadian politicians and the energy industry touted what they said were profound economic benefits - thousands of U.S. construction jobs and billions injected into the economy. They argued transporting crude by pipeline would be safer than alternatives like rail, and charged Obama with hypocrisy for complaining about the lack of investment in U.S. infrastructure while obstructing an $8 billion project.

Amid vote after vote in Congress to try to force Obama's hand, the president seemed content to delay further and further into the future.

For TransCanada, the financial imperative to build Keystone may have fallen off recently amid a sharp drop in oil prices that could make extracting and transporting the product much less lucrative. But TransCanada's chief executive has insisted that isn't the case.