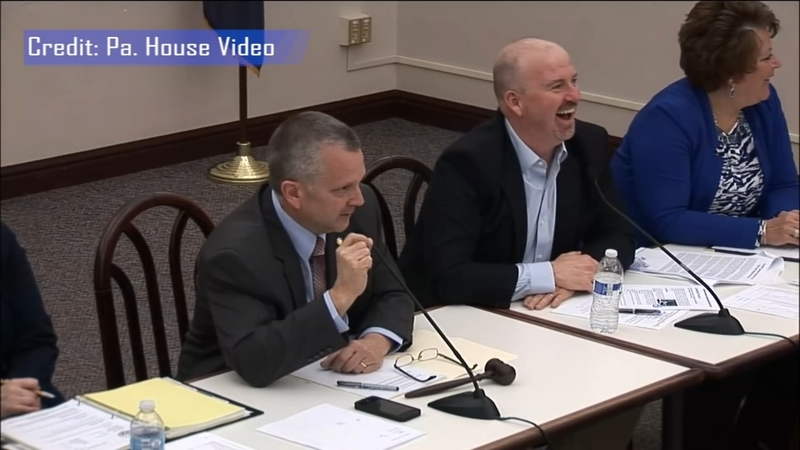 GOP lawmaker suggests Democrat who touched him may be gay

HARRISBURG, Pa. (WPVI) -- A committee meeting in Pennsylvania's capitol was briefly derailed by a Republican representative who asked a male colleague to stop touching him, suggesting the Democrat might be gay.

Rep. Daryl Metcalfe said, "I don't like men, as you might," after Rep. Matt Bradford, who represents Montgomery County, placed his hand on Metcalfe's forearm during a meeting of the state government committee Tuesday. Metcalfe, of Butler County, went on to say "you have people on your side of the aisle that might like it. I don't."

A visibly stunned Bradford laughed and said the meeting was "officially off the rails." He requested a sidebar to discuss what he called "extraneous issues."

Bradford's online biography says he has a wife and children.

The Pennsylvania Democratic Party released a statement afterwords, calling for Metcalfe to resign for his "bigoted behavior."