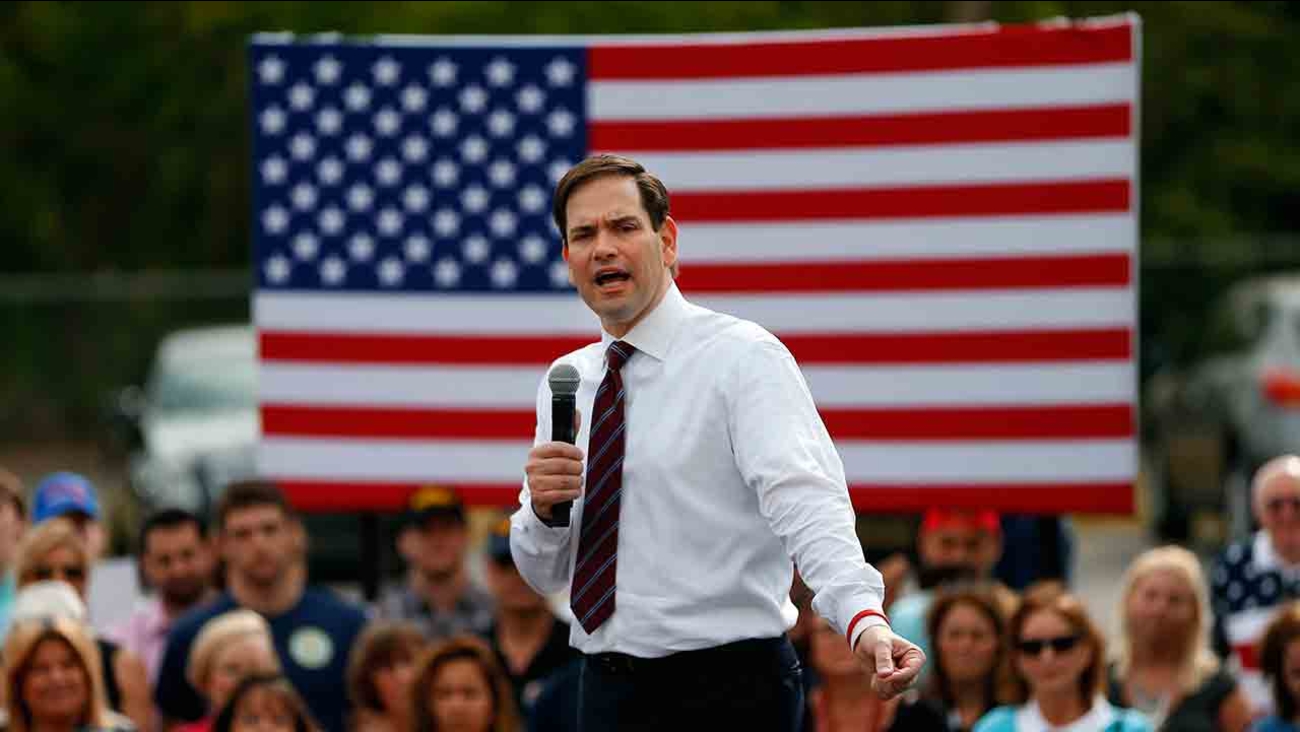 Rubio picked up 10 delegates with his Saturday caucus win in the nation's capital. Runner-up John Kasich was just 50 votes behind Rubio, and the Ohio governor will get nine delegates.

None of the other candidates in the race won enough votes to earn any delegates.

Meanwhile, Ted Cruz won most of the delegates at stake in Saturday's Republican county conventions in Wyoming.

The Texas senator won nine of the 12 delegates that were up for grabs. Florida Sen. Marco Rubio and billionaire businessman Donald Trump won one apiece. One delegate was uncommitted.

The Associated Press is not declaring a winner in Wyoming on Saturday because another 14 of the state's delegates will be awarded at the party's state convention on April 16.

It takes 1,237 delegates to win the Republican nomination for president.

(Copyright 2016 The Associated Press. All rights reserved. This material may not be published, broadcast, rewritten or redistributed.)