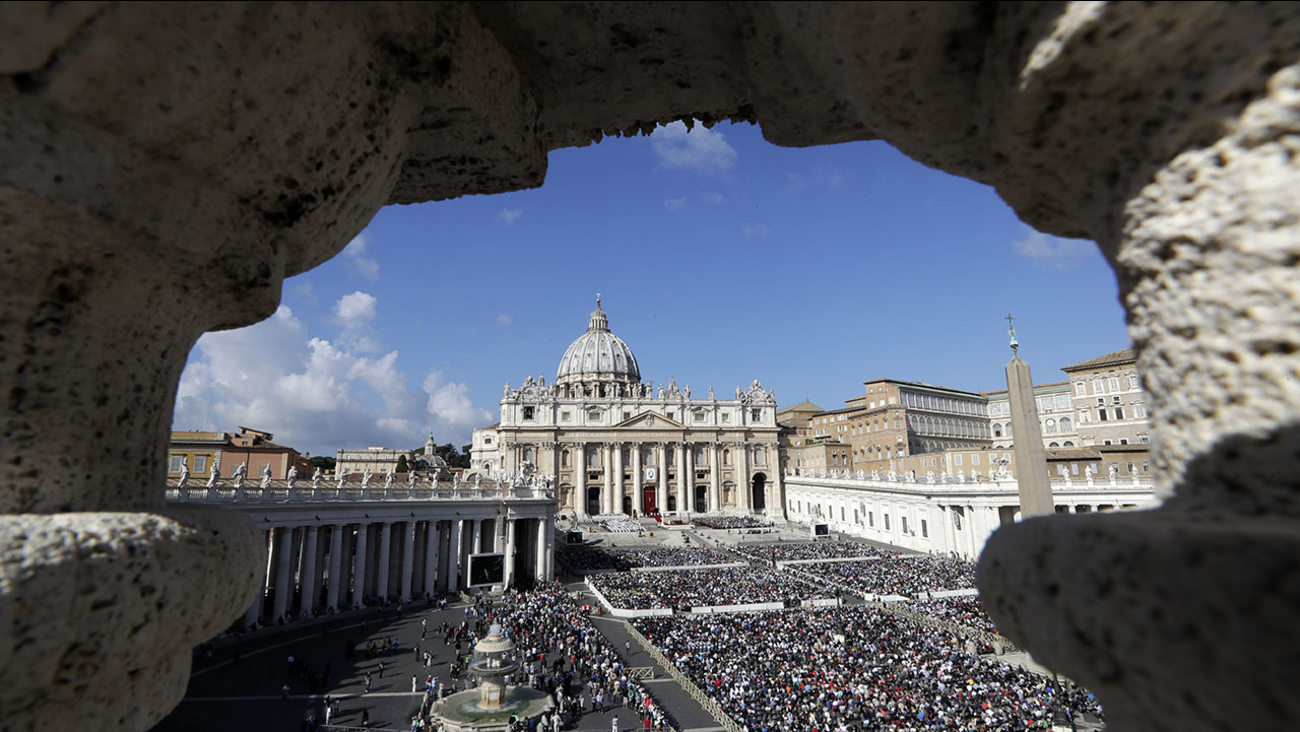 Tobin's nomination also carries a political message, given that he openly opposed a request from Indiana Gov. Michael Pence, now the Republican running mate of presidential candidate Donald Trump, to not settle Syrian refugees in the state.

Thirteen of the new cardinals, including all the Americans, are under age 80 and thus eligible to vote in any future conclave to elect Francis' successor.

As is Francis' tradition, the new cardinals hail from some of the most far-flung and peripheral corners of the globe, with Africa, Asia, South America and Oceania getting far more representation in this round than Europe, which has long dominated the College of Cardinals. Despite the new nominations, though, Europe still has the most voting-age cardinals with 54.

New "princes" of the church include bishops from Bangui, Central African Republic; Port Louis, Mauritius and Tlalnepantla, Mexico. In all, seven countries that have never had a cardinal are getting one in this, Francis' third batch of red-hatted churchmen.

Significantly only one Italian elector was named: Francis' ambassador to "the beloved and martyred Syria," Cardinal-elect Mario Zenari.

The third American, Cardinal-elect Kevin Farrell, the outgoing bishop of Dallas, was an expected nomination. Francis in August named him to head the big new Vatican department for laity, family and life issues.

Speaking at the end of a special Mass on the steps of St. Peter's Basilica, Francis said the 17 would be elevated at a consistory on Nov. 19, on the eve of the close to his Holy Year of Mercy.

"Their provenance from 11 nations expresses the universality of the church that announces and is witness to the good news of the mercy of God in every corner of the world," Francis said.

Their elevation will bring the number of voting-age cardinals to 120 by the end of November, the maximum allowed under current rules. With the non-voting cardinals included, the college by that time will number 228.

With Sunday's appointees, Francis will have appointed 44 cardinal electors and 11 non-electors.

Of the new cardinals, Cupich is very much a pastor in Francis' likeness, emphasizing the merciful and welcoming side of the church - somewhat to the dismay of U.S. conservative Catholics. His nomination as Chicago archbishop was Francis' first major U.S. appointment and he was a papal appointee at the pope's big family synod last year.

The nomination for Tobin is significant both for the U.S. church and the U.S. election and reflects Francis' ongoing concern for refugees.

A U.S. federal appeals court recently used stinging language in a ruling that will keep Pence from barring Syrian refugee resettlement in Indiana for now. Trump, the Republican nominee for president and Pence's running mate, has proposed deporting millions of immigrants and banning the entry of Muslims from other countries.

"You can find a political message" in the Tobin appointment, said Massimo Faggioli, a Villanova University expert on the Vatican.

Tobin's nomination could also indicate Francis' appreciation of his support for American nuns. Tobin had been the No. 2 in the Vatican office for religious orders for only two years when in 2012, then-Pope Benedict XVI sent him back to the U.S. to head the Indianapolis archdiocese, which has fewer than 230,000 parishioners.

The transfer was seen in some Vatican circles as being tied to Tobin's efforts to promote dialogue and resolve tensions between the Vatican and U.S. nuns who were subject of two separate Holy See investigations at the time.

After Francis was elected, both investigations were concluded with Vatican praise for the work of the sisters.

Francis has made it a point to no longer automatically name cardinals from big dioceses as had been the practice for centuries. The Italian cities of Venice and Turin, for example, have been without cardinals for several years.

The same goes for the U.S., where such staunchly Catholic archdioceses as Philadelphia, which hosted Francis last year at the Catholic Church's big family rally, was passed over again. Philadelphia is headed by the conservative Archbishop Charles Chaput, who has insisted on traditional church doctrine on issues such as whether civilly remarried couples can receive Communion - areas where Francis has sought greater flexibility.

"It's a clear message to the United States Catholic bishops about the kind of church Francis has in mind," Faggioli said.

The geographic distribution of electors still heavily favors Europe, which has 54 voting-age cardinals. The Americas come next with 34 cardinals in North, South and Central America. Africa has 15, Asia 14 and Oceania four. On Nov. 28, Cardinal Theodore-Adrien Sarr of Senegal will turn 80, bringing the voting number down to 120.