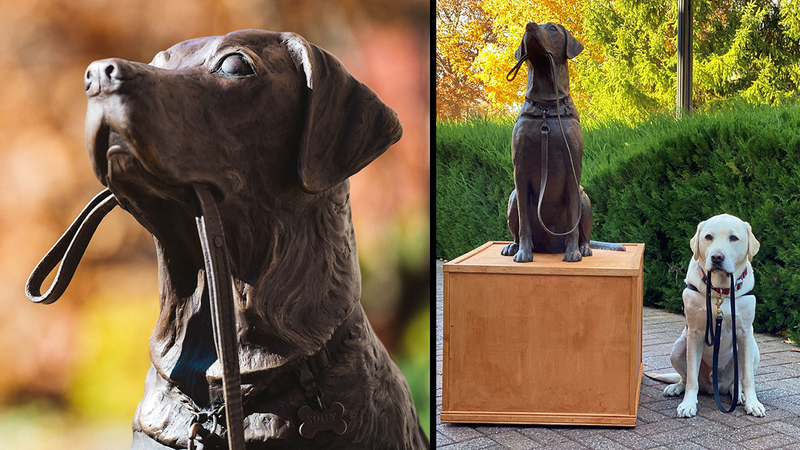 SMITHTOWN, New York -- It was a special day for a special pooch in New York Tuesday, as former President George H.W. Bush's beloved service dog Sully was honored with a bronze statue.

In recognition of Veterans Day, the life-size statue was unveiled at the America's VetDogs campus on Long Island.

And the man of the hour, the real-life Sully, was the guest of honor at the ceremony.

Sully the statue is shown in a sitting position, holding his leash in his mouth, a task that vet service dogs learn to perform for their handlers.

Renowned sculptor Susan Bahary was commissioned to create the statue, and both she and VetDogs sought to highlight Sully's work as a highly trained service dog while also showcasing his devotion and joy in serving the president.

The piece shows Sully wearing his official America's VetDogs service dog vest, which includes the Great Seal of the United States on the back.

Since 2003, America's VetDogs has trained and placed guide and service dogs to provide independence, enhanced mobility, and companionship to veterans with disabilities from all eras.