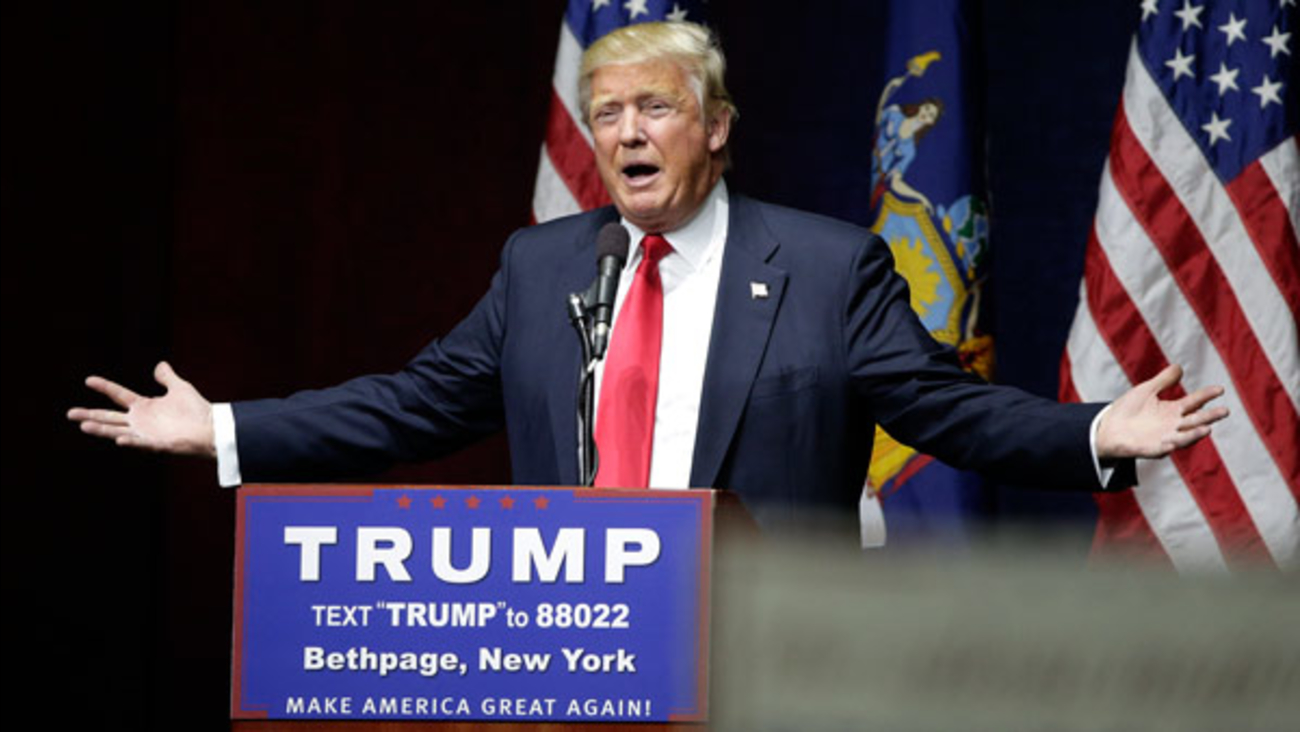 INDIANAPOLIS (AP) - -- Donald Trump, the GOP presidential nomination virtually in hand, signaled a new phase of his outsider campaign on Wednesday that includes a search for a running mate with experience governing and outreach to one-time competitors in an effort to heal the fractured Republican Party.

On that, though, there are exceptions.

"I am confident I can unite much of" the GOP Trump said Wednesday on NBC's "Today Show, as several prominent Republicans said they'd prefer Democrat Hillary Clinton over the New York billionaire. In a shot at his critics, Trump added: "Those people can go away and maybe come back in eight years after we served two terms. Honestly, there are some people I really don't want."

His comments on several networks came a few hours after Trump, once dismissed as a fringe contender, became all-but certainly the leader of the Republican Party into the fall campaign against Clinton. The former secretary of state suffered a defeat Tuesday in Indiana to her rival, Bernie Sanders, but holds a definitive lead in Democratic delegates who will decide the Democratic nomination.

The Republican competition changed dramatically with Trump's Indiana victory and Ted Cruz's abrupt decision to quit the race. Trump won the Indiana contest with 53.3 percent of the vote, to Cruz's 36.6 percent and Ohio Gov. John Kasich's 7.6 percent, according to unofficial results.

But the billionaire's surge toward the nomination - he still is about 200 delegates short of the 1,237 needed to win - left the GOP in a deep state of uncertainty.

Some Republican leaders remain acutely wary of Trump and have insisted they could never support him, even in a faceoff against Clinton.

"The answer is simple: No," Tweeted Nebraska Sen. Ben Sasse, who has consistently said he could not support Trump.

"Prayer," responded Republican strategist Tim Miller, a leader of one of the GOP's anti-Trump groups. "Donald Trump is just going to have an impossible time bringing together the Republican coalition."

Some conservative leaders were planning a Wednesday meeting to assess the viability of launching a third party candidacy to compete with him in the fall. Such Republicans worry about Trump's views on immigration and foreign policy, as well as his over-the-top persona.

Hours before clinching victory in Indiana, Trump was floating an unsubstantiated claim that Cruz's father appeared in a 1963 photograph with John F. Kennedy's assassin, Lee Harvey Oswald - citing a report first published by the National Enquirer.

Trump defended his reference to the Enquirer article on Wednesday morning as "Not such a bad thing," but the line of attack was the final straw for some Republican critics.

"(T)he GOP is going to nominate for President a guy who reads the National Enquirer and thinks it's on the level," Mark Salter, a top campaign aide to 2008 Republican nominee John McCain, wrote on Twitter on Tuesday. He added Clinton's slogan: "I'm with her."

Trump said Wednesday he respects Cruz and may call him to mend the one-time alliance.

"Ted Cruz - I don't know if he likes me or he doesn't like me - but he is one hell of a competitor," Trump said of his last fierce competitor, whom he had dubbed "lyin' Ted."

On finding a running mate, Trump told MSNBC's "Morning Joe" that he'll "probably go the political route," saying he's inclined to pick someone who can "help me get legislation passed." Trump didn't identify any of the names under consideration.

He also said he's hoping to decide within a week how to fund a general election campaign, but said he didn't want to accept money from super PACs. He told ABC's "Good Morning America" that he would begin to accept more political donations.

"I'm really looking at small contributions, not the big ones. I don't want anyone to have big influence over me," he said.

A prominent Cruz donor, Mica Mosbacher, quickly signaled support for Trump and urged others to follow.

"I call on fellow conservatives to unite and support our new nominee Trump," said Mosbacher, widow of a member of George H.W. Bush's cabinet. "My heart goes out to Cruz who has a bright future. He did the unselfish thing to drop out."

Vermont Sen. Bernie Sanders eked out a victory over Clinton in Indiana, 52.5 percent to 47.5 percent. But the outcome will not slow the former secretary of state's march to the Democratic nomination. Heading into Tuesday's voting, Clinton had 92 percent of the delegates she needs.

"I know that the Clinton campaign thinks this campaign is over. They're wrong," Sanders said defiantly in an interview Tuesday night. But Clinton already has turned her attention to the general election.

She and Trump now plunge into a six-month battle for the presidency, with the future of America's immigration laws, health care system and military posture around the world at stake. While Clinton heads into the general election with significant advantages with minority voters and women, Democrats have vowed to not underestimate Trump as his Republican rivals did for too long.

While some GOP leaders have warmed to the real estate mogul, others see him as a threat to their party's very existence.

Cruz had clung to the hope that he could keep Trump from reaching the 1,237 delegates needed for the nomination and push the race to a rare contested convention. But aides said he made the decision to drop out early Tuesday evening, shortly after most polls in Indiana had closed.

"I've said I would continue on as long as there was a viable path to victory; tonight I'm sorry to say it appears that path has been foreclosed," Cruz told a somber crowd in Indianapolis.