George Washington lived in Philadelphia and he brought a number of people with him, but not all came of their own free will.
WPVI
By TaRhonda Thomas 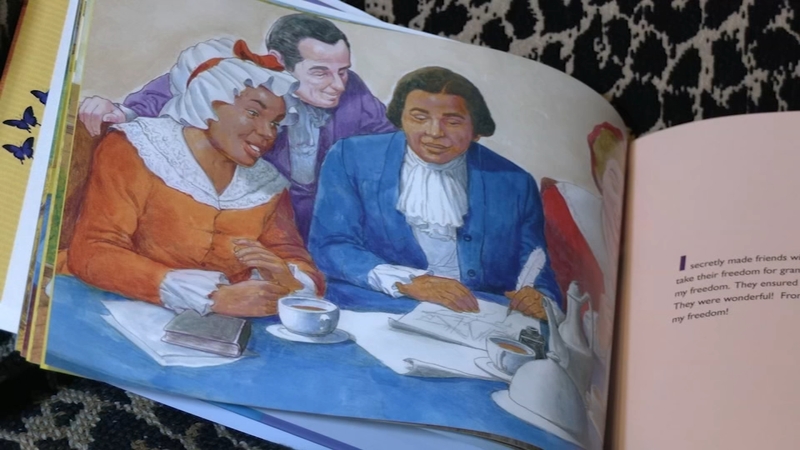 PHILADELPHIA (WPVI) -- If the waves of people coming into the National Constitution Center on Monday afternoon were any indication, many people took Presidents Day as an opportunity to learn about our country and its Founding Fathers.

"We're free to everyone today at the National Constitution Center. It's a Presidents Day Celebration," said Kerry Sautner who works as the chief learning officer at the museum.

The day is set aside to honor America's Founding Fathers but not just the folklore -- the full story.

"He's our first president, he set the precedent," said Sautner.

Washington served his presidency in Philadelphia and he brought a number of people with him. Not all came of their own free will.

One of those enslaved people was a young woman named Oney Judge.

"Oney was in the house. She was Martha's servant," said author and historian Dr. Diane Turner. "Most of the early presidents... many of them were slaveholders."

Oney Judge worked in the President's House, which is now a free public display at 600 Market Street near the National Constitution Center.

The house features the famed story of Hercules, who was another one of Washington's slaves. He escaped to freedom. But Judge's escape predates Hercules' run to freedom. Turner was so moved by Judge's story, she wrote a children's book about it called "My Name is Oney Judge."

"Her story needed to be told," said Turner. "One of the things I attempted to do with this book is change the narrative."

Turner added that she'd read previous books about Judge's thoughts on freedom that she didn't think shared the full story.

"There was no ambivalence," she said. "She wanted to be free."

Sautner says it's important to look at Judge's story alongside George Washington's.

"When we want to understand George Washington and our American history, we have to look at Oney Judge as well as President Washington," she said.

Sautner thinks that those types of lessons can evolve into learning about the American history-makers who shaped how we pick the president.

"In the 1950s and 60s you have amazing women like Fanny Lou Hamer that fight over and over to ensure that everybody has voice and agency when picking the president," she said.

"You have to look at different points of view in American history," said Turner.