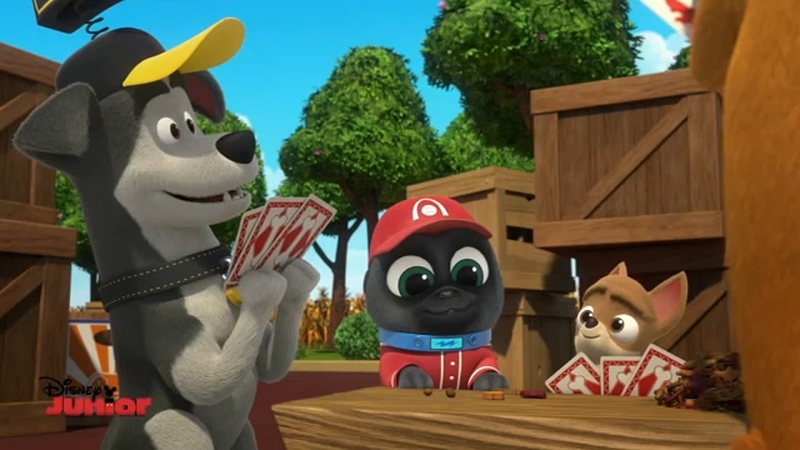 PHILADELPHIA (WPVI) -- With his fiery personality and energetic play, Andrew McCutchen sure is animated on the field. But now, the Phillies outfielder is animated off it too.

During the height of the pandemic last year, McCutchen was asked how he's spending his time. He said every morning, he and his son Steel got up and watched their favorite show, "Puppy Dog Pals" on Disney Junior.

The show caught wind of that and asked him to play a part.

"I got the script and they kind of told me I'm gonna be this cool card-playing dog that Bingo and Rolly are gonna approach. I was like, 'OK, alright,'" McCutchen says. "Then it was all about thinking what kind of voice I wanted to have for this dog. The first voice wasn't the best voice because it's more of a friendly TV show."

McCutchen voiced his character at the ballpark last season and he got some pointers from the team at Disney.

"I just knew I was gonna be a dog. I didn't know what the dog would look like. I just pictured what my character was saying and how he'd look," said McCutchen. "I figured my character has a little energy, especially being a card-playing dog. I kind of took it and ran with it. It ended up being really good."

Is this something he wants to do after baseball?

"I hope so. One of the hardest things to do as a professional baseball player when you've played it all your life is to figure out what it is you want to do, or can do, after you're done," he says. "You want to stay busy, you don't want to just sit at home. Hopefully I have that opportunity to be able to do more in the entertainment business."