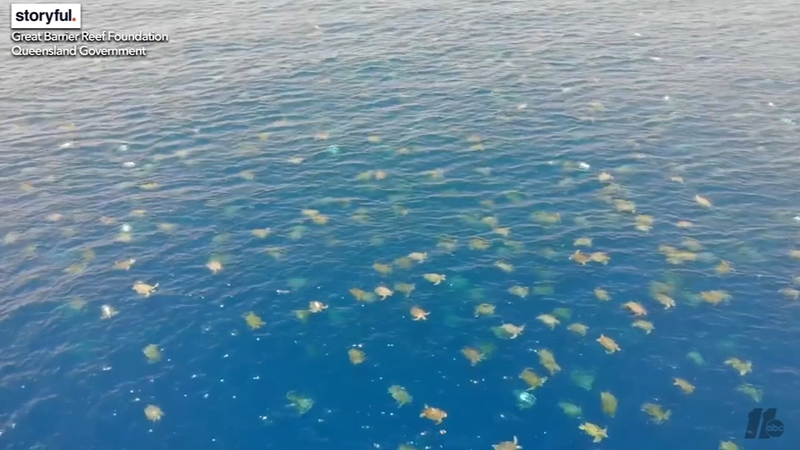 Drone video captured in December 2019 as part of the Raine Island Recovery Project showed the turtles around the island waiting to come ashore and lay clutches of eggs.

Dr Andrew Dunstan from the Department of Environment and Science (DES) and lead author of the paper said researchers had been investigating different ways of conducting turtle population surveys.

"Trying to accurately count thousands of painted and unpainted turtles from a small boat in rough weather was difficult. Using a drone is easier, safer, much more accurate, and the data can be immediately and permanently stored," he said. "The ratio of unpainted and painted turtles allowed us to estimate the total population for last December to be 64,000 green turtles waiting to nest on the island."

Great Barrier Reef Foundation Managing Director Anna Marsden said the group is taking action to improve and rebuild the island's nesting beaches and building fences to prevent turtle deaths, all while working to strengthen the island's resilience and ensure the survival of the northern green turtles and other species.

Glowing dolphins were captured on video gliding through bioluminescent waves in Newport Beach.