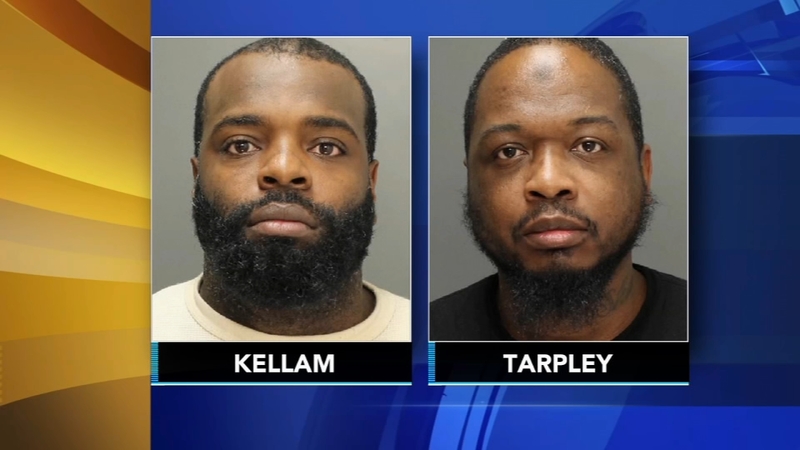 PHILADELPHIA (WPVI) -- Philadelphia police have announced the arrest of two men accused of following patrons and employees from Rivers Casino to their homes and robbing them.

Perry Kellam, 33, and Tyrone Tarpley, 38, were arrested last week and charged with multiple counts each of Racketeer-Influenced Corrupt Organization (RICO), robbery and conspiracy.

According to police, on 16 different occasions from November 2018 to February 2020, the victims left Rivers Casino, drove to their homes and were robbed as they got out of their cars in front of their homes. Two of the robberies occurred at gunpoint.

According to police, all of the victims are of Asian descent.

"I think clearly they were targeted in part because they're Asian," said Councilmember David Oh.

Oh, who has in the past, called for increased vigilance to protect Asian Americans from violent crimes, said he's troubled by these latest incidents.

"Asian Americans like other groups of Americans are often seen as easy victims, so it's good to be alert and careful," said Oh.

A Rivers Casino spokesperson released a statement saying, "The safety and security of our guests and team members is our highest priority. Our property is monitored 24/7 by state-of-the-art surveillance technology."

According to police, the 16 robberies took place between November 23, 2018 and February 10, 2020. The former Sugar House Casino, now known as Rivers Casino, had dealt with a string of patron robberies shortly after it opened 10 years ago.

The investigation involved Philadelphia police, the FBI and the Pennsylvania Attorney General's Office.

Kellam had been arrested and charged for five similar crimes in 2013 and is the prime suspect in six other robberies.
Report a correction or typo
Related topics:
philadelphiacasinorobbery
Copyright © 2021 WPVI-TV. All Rights Reserved.
TOP STORIES
Frontier Airlines: 'We are supporting' crew who restrained passenger
"Hands are tied" dealing with teens at NJ shore, police captain says
New details revealed in crash that killed 4 family members
Man dies after shooting in parking lot of gentlemen's club
450,000 bees found inside walls of Montco home
Simone Biles reveals aunt died suddenly 2 days before competition
CVS will raise its minimum wage to $15 an hour
Show More
Governors in NJ, Pa. call on Cuomo to resign: 'We are appalled'
Not all of MLK Drive reopening to traffic; closures remain for years
Upper Merion teachers, staff must be vaccinated or tested twice weekly
AccuWeather: Some sun inland today, showers at the shore
2 injured in Conshohocken incident
More TOP STORIES News